It has been quite some time since we posted an ‘Recognizing cars’-artikel. So, we want to make experts of you spotters so we’ve unraveled another type of car for you. In this episode, it’s the turn to the Mercedes-Benz SLK 55 AMG. Take a look below to learn how you can recognize and separate diverse models.

Back in 2004, the SLK 55 AMG was introduced. Its predecessor, the SLK 32 AMG, retired and was followed up by the more powerful SLK 55 AMG with the typecode R171. Under the bonnet we can find a V8 with 355 bhp and 510 Newtonmeter. Nice, those specifications, but how do I know it’s a SLK 55 AMG and not a normal SLK R171? First, we see four big exhausts at the back, which are the most recognizable details. Also the wheelarches are wider for better grip and aerodynamics, and the AMG has another front bumper, which looks more aggressive, with the characteristic AMG-styling. In the front bumper, we can also bigger air intakes, as the V8 needs better cooling than engines of normal SLK’s. 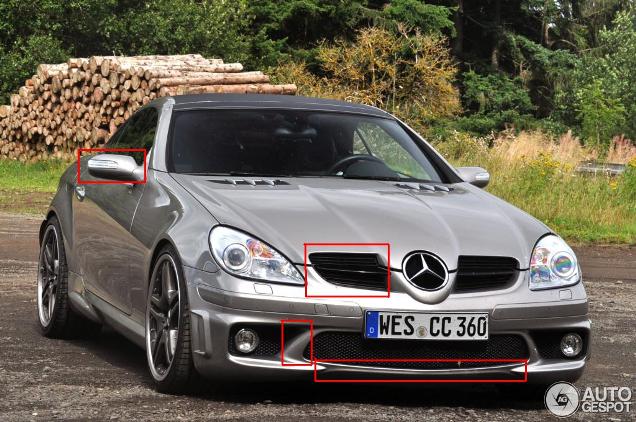 Two years later, in 2006, the SLK 55 AMG R171 Black Series was presented. This format of AMG was used for the SLK 55 AMG. This meant 400 bhp, 120 copies, a modified bodykit and carbon fiber parts everywhere. The most important change was that the hard-top roof was replaced for a solid roof which couldn’t open, just like the SL 65 AMG Black Series which would follow later on. The heavy convertible-system was removed to make a racer of the SLK 55.

In 2007, the facelift of the SLK R171-series was presented. This meant optical modifications, also for the outside. Other mirrors were mounted to the car, also the direction indicators in the mirror were new. The mirror itself became slightly bigger and more square, they were more smooth at the pre-facelift model. At the front bumper, things got some more tight where things smooth before. We can see that by the lower lip, which has a bend, first it was smooth. Also the the air intakes are modified, the facelift-version is provided with a honeycomb-structure. At the back we haven’t seen any differences. If we missed something, let us know below! 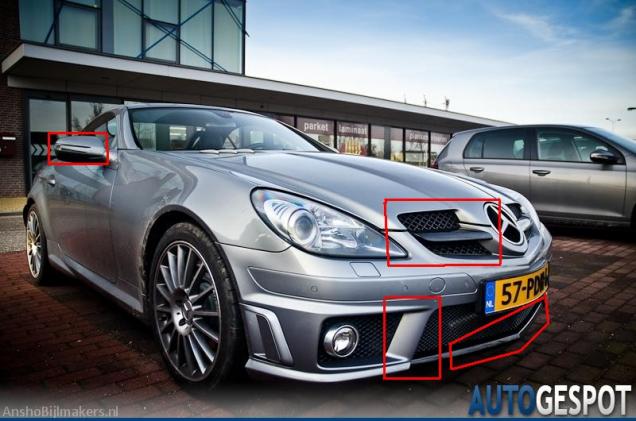 Two years ago, in 2011, a new model SLK rolled out of the factories. This SLK 55 AMG lives under the name R172. Under the bonnet we can find a new 5.5 liter V8 producing 416 bhp. This is a new engine, based on the Biturbo-engine. On the outside, it can be seen clearly that this is a new model. The headlights had a make-over and the grill is different, so Mercedes-Benz’s models all have a familiar look. The front is equipped with LED-lights and at the side we see the distinguished air intakes, which almost every AMG-model has nowadays. The back has gone through some serious changes, but there are some details which remained. They are the exhausts, the bigger rear bumper and the small lid on the back. 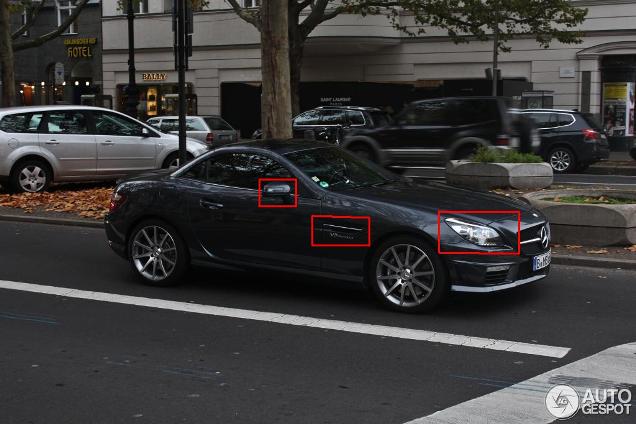 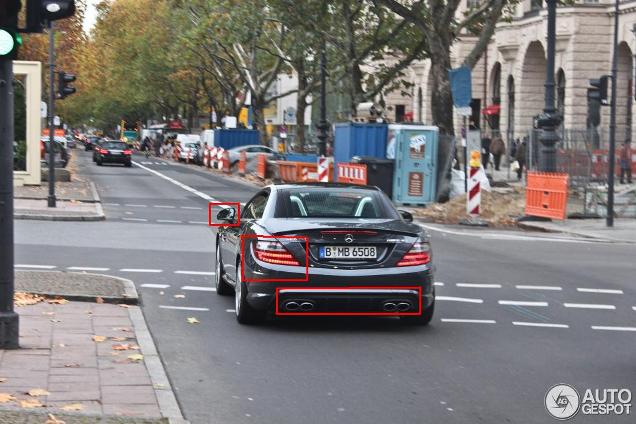 We hope we’ve learned you something about the Mercedes-Benz SLK. We would like to make more of these specials with other cars, but we need your help for this. We are working on the CLS AMG, but we can’t find any optical differences between the CLS 55 AMG C218 en de CLS 63 AMG C218. If you do know some, please leave a comment below or send an e-mail!