We've already wrote about it last month. The Renault Mégane R.S. 275 Trophy, the most sporty version of the Renault Mégane fulfilled its expectations. Just like Renault already predicted, the Mégane RS 275 Throphy-R set a new record for two-wheel driven production cars on the Nürburgring.

It's the third time that the Renault Mégane sets a Nürburgring record for two-wheel driven production cars. After the Mégane R26.R in 2008 and the Mégane R.S. Throphy in 2011, it's now time for the Mégane R.S. 275 Throphy-R which crushes the previous record with a new time of 7:54:36. The power of the 2.0 liter four-cylinder turbo engine is boosted to 275 hp and the titanium Akrapovic exhaust produces a great and deep rubmle. Hundreds of hours are spend developing and intensively testing this car in France, Spain and Germany and this all resulted in this very fast limited edition. 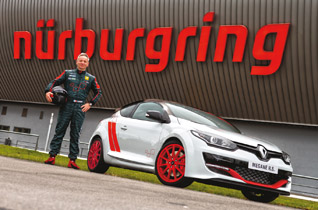 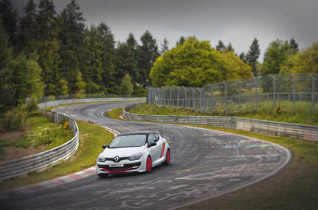 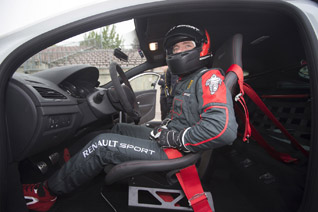