We have already visited the little town of Neckarwestheim twice to visit the unique car company Vision of Speed. After the Geneva Motor Show we got invited to have a look at their latest project, a tuned and one-off Lamborghini Huracán LP610-4. During one of the first days of this spring the Lamborghini was taken for a ride and an amazing photoshoot of this Italian supercar.

More and more Lamborghinis are being sold nowadays. That is the biggest reason that Lamborghini-drivers looking for an individual product. Last year Lamborghini sold 2.530 cars, the Huracán LP610-4 has a big share in this selling number. Already more than 3.000 orders have been booked of the Huracán LP610-4 making it a huge success for the car manufacturer. During the Geneva Motor Show several tuners presented new bodykits for the cash cow. The most important product to make a bodykit sell is the use of carbon fiber. Many tuners have extensive bodykits with huge visible carbon fiber parts. Vision of Speed created their own performance department called VOS Performance to make sport cars and supercars even better. Last year the company tuned a Mercedes-AMG CLS 63 up to 900 horsepower to promote their new brand. VOS Performance focuses on performance and styling and all parts and components for the exterior and technique are being made in house.

The VOS Performance Huracán LP610-4 has been tuned to raise the quality of the car. When you buy a basic Huracán you can't add carbon fiber parts for all over the car. Especially the interior doesn't really look good in a basic configuration, there is too much plastic inside according to VOS Performance. For example the centre console, the shift paddles and the air nozzles. All these parts and more are available at VOS Performance. They make the interior feel more exclusive and raise the quality. It is impossible to have plastic parts in a car that costs over €200.000 euro. The door handles, the steering wheel and the door sill are also made out of carbon fiber. The carbon fiber door sill has VOS Performance written in it but you can also write your own initials or name in it. Overall the interior of the VOS Performance Huracán is much nicer and more sporty. The exterior of the car is beautiful in the color bianco, the white colors creates a good contrast with the carbon fiber parts. The filler cap and front splitter don't catch your attention but other parts definitely do. At the rear the original diffuser is replaced by a full carbon fiber diffuser which makes the car look really sleek. Another feature is the unique rear spoiler. Instead of giving the car a more agressive look with a race spoiler this spoiler fits perfectly with the design of the Huracán. The finishing touch of the spoiler is a small carbon fiber plaque where you can have your own initials. This spoiler has VOS written in the plaque. In total the VOS Performance package for the Huracán consists fourteen carbon fiber parts that make your Huracán LP610-4 more unique and personal. 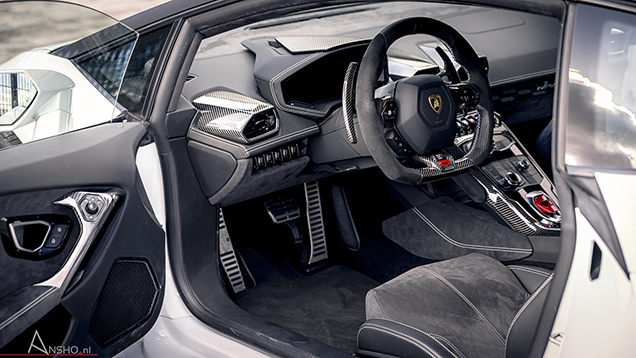 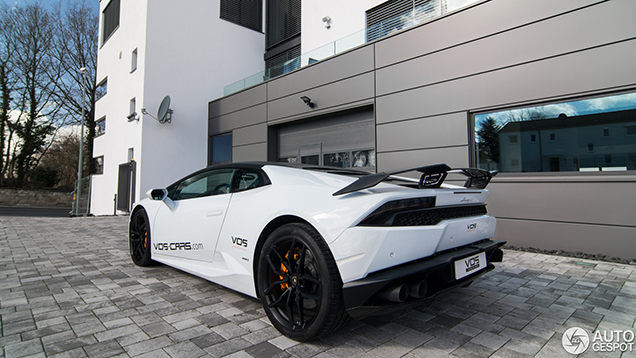 Ten years ago, driving with 600 horsepower was a completely different story than today. For example the Porsche Carrera GT which is a real racecar made for the public road. Several hunderd cars have already been crashed due the fact it is an extremely difficult car to handle. Buying a supercar today with more than 600 horsepower is different. Supercars are much more consumer friendly and easier to drive. The Bugatti Veyron 16.4 and Nissan GT-R are just two examples, but the Huracán LP610-4 is also a very easy car to drive. Cars have become safer which makes it easier to drive seriously fast. But we sometimes forget that 300 kph is still the same speed as it was back in the days. For a couple of hours we have the Lamborghini for ourselves to play in the surroundings of Neckarwestheim. Getting behind the steering wheel of the Huracán makes you immediately feel that this is a supercar made for daily use. The systems in the car work really easy and the automatic transmission works just as an Audi. By pulling the carbon fiber paddle towards you put the car in first gear and drive away. The gas pedal doesn't repond agressive and the ride is smooth and balanced. Thanks to the nose lift system you can drive in town without hitting speedbumps all the time. The V10 is clam and smooth in the lower gears. While driving in the automatic mode the gearbox changes gears smoothly. There is a big difference between Strada and Corsa. In Corsa you can feel the car being sharped and more agressive. When you pass the 4.000 revs the V10 starts to come alive and agressive. There is a power explosion that pushes you within seconds towards more than 150 kilometers per hour. The 610 horsepower is available at 8.250 revs so you really need to push the supercar to get the maximum power. Because the engine is an atmospheric engine the power delivery really builds up. The experience of driving the Huracán is amazing. The V10 screams and barks put the Huracán is not a scary supercar to drive. You can't get enough of the mindblowing performance. 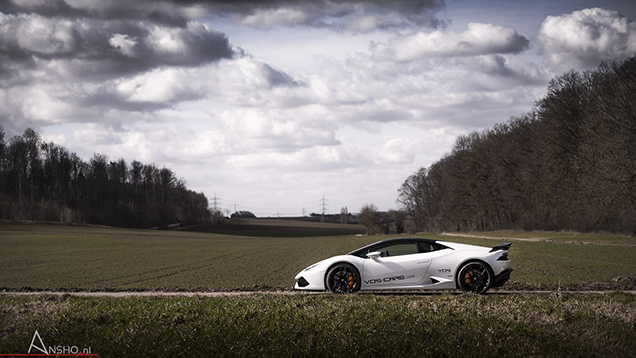 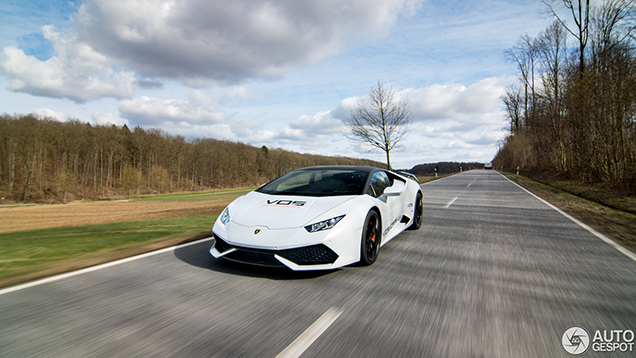 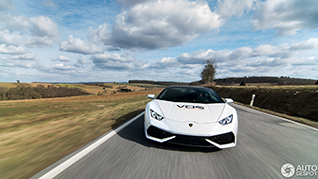 The VOS Performance department is working on several more projects at the moment. Soon they will release a tuned BMW M4 Coupé with more horsepower and added carbon fiber parts. Furthermore they will relase their first magazine in April. This lifestyle magazines covers several interesting subjects regarding the automotive industry, racing and lifestyle.

Next month we will pay another visit to VOS Cars during the Autogespot Tour. On the first day, the 16th of April, we will have a short stop at the company. Don't hesitate to visit VOS Cars if you are interested in seeing which cars joined our tour through Europe. Many thanks to VOS Cars for giving the possibility in making this cover story. 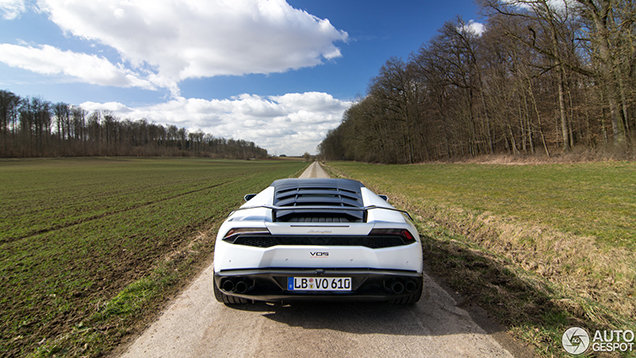 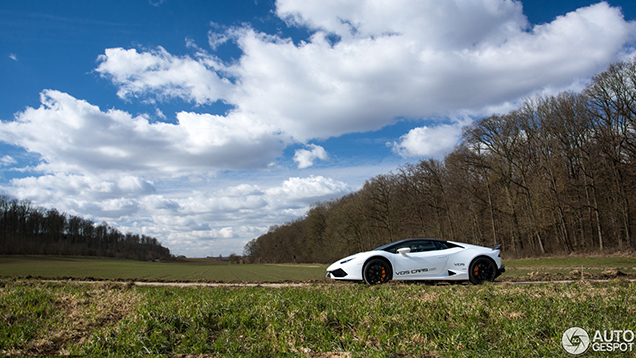 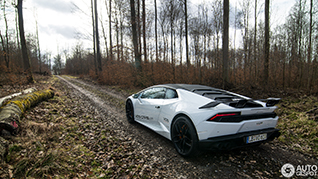