Getting invited for racing around one of the most famous circuits in the world. Jaguar made a special program where customers and journalists can play with the most exclusive Jaguars of this moment at the Nürburgring. This means driving around in a XJ Supersport, XF-R and as smasher the XKR-S, we all already drove in the Netherlands.

Now the moment arrived that we could drive these top models of the famous Nürburgring. A trip to the ‘Green Hell’ always is an experience on its own. We decided the go the Ring on Sunday, already very early to enjoy the smell of worn out clutches and brakes. The weather however wasn’t as great as we hoped but we couldn’t care less. With a XJ 3.0 liter diesel we flew over the autobahn and arrived after just 2.5 hours of driving.

On the Sunday afternoon we had a great dinner in the most famous restaurant of the whole area, Pistenklause. No haute cuisine but a simple pizza or a steak for us. After this lovely meal we went to bed very early, because tomorrow was the big day, and we had to be at the Jaguar Test Center quite early. Twelve Jaguars were prepared for going over the Ring at ruthless speeds. Sascha Berts driving school was responsible for the driving instructors and our group was led by Sascha Bert himself. 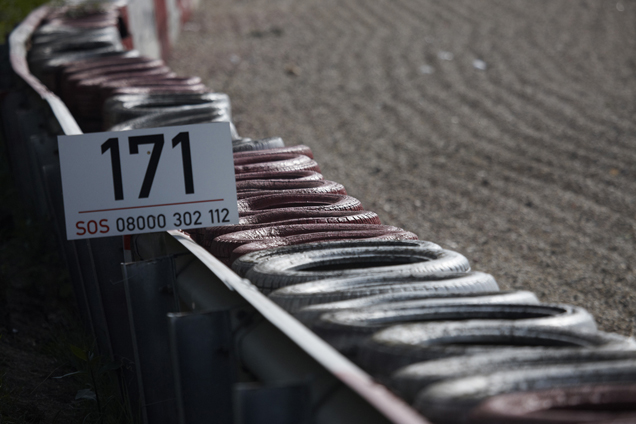 The first lap we drove the Jaguar XF-R. Slowly we started to learn our way around the 14 miles long track. Immediately we felt that the XF-R is the weakest of all the cars today, despite the 510 bhp Supercharged V8. When the power is there, there’s no problem at all. But accelerating at the end of a corner, that’s the weak point of this car. The DSC falls in too early and also too long. It doesn’t allow accelerating in corners and makes that clear when it just cuts the power for a few seconds. Very annoying when you try to keep up with a XJ Supersport and lose the fight thanks to this system. Despite all that, you can catch up at the straights thanks to that lovely Supercharged V8. Too bad the circuit has got 173 corners so it almost impossible to keep up with the others. 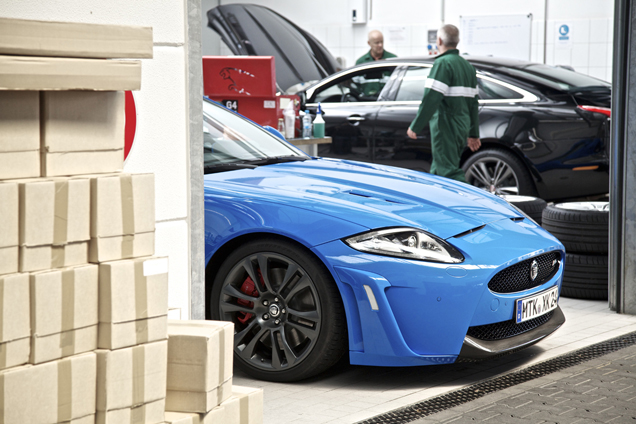 After a short break we stepped into the flagship of Jaguar, the XJ Supersport. The XJ Supersport uses the same Supercharged V8 as the XF-R and is a complete different car, but it surprised us in a positive way. The ease with which the XJ manouvres over the Nürburgring is amazing. There are no problems to keep up with the group at all. In the corners the bigger XJ is even quicker than the XF-R, just because the DSC accept so much more. The XJ Supersport is very usable at the Ring and Jaguar proves that with their XJ Ringtaxi. A standard XJ Supersport fitted with a rollcage and four bucket seats can drive any supercar mad at the racetrack. Frank Klaas knows how to drive the XJ over the Ring ruthlessly fast. Not surprising when know that he participated in multiple 24 hour races here at the Nürburgring. Next to that this particular XJ is a project of himself and works on it very enthusiastic. 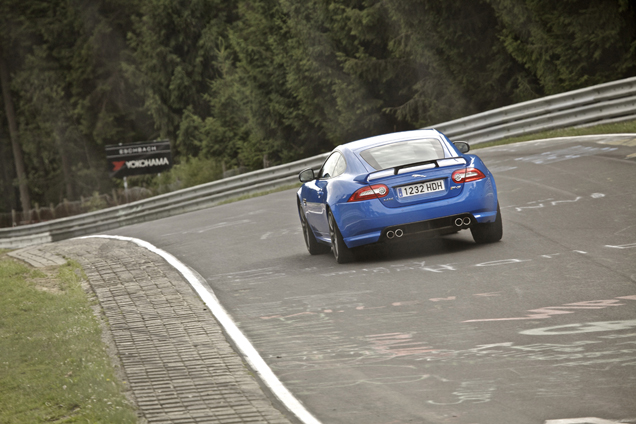 As a ‘grande finale’ the über-Jag is prepared for us. The 550 bhp strong XKR-S is warmed up and we’re driving through the gates of the Nürburgring. It is quite busy by now but with this car we can win every battle. We immediately feel we didn’t use the potential of the XKR-S good in the Netherlands. Here, in Germany we feel what the Jag is really able to. The instructor tells us that it is possible to keep the steering wheel in one position in some corners. We tried that after the Karussel and we could take three corners at once without turning the steering wheel. Like a knife through warmed butter we drive from the corner to corner. You actually can’t call it driving anymore, we just dance through the German Eiffel with only accelerating and braking where needed to play with the balance of the car.

Summarized, it was a long and tiring day in the Green Hell. After a few laps you learned a lot but you also were already very tired. Driving on the limit, concentrated, is just so tiring. We have so much respect for the drivers who participate at the 24 hour race here at the Ring. They must be so tired after this race! 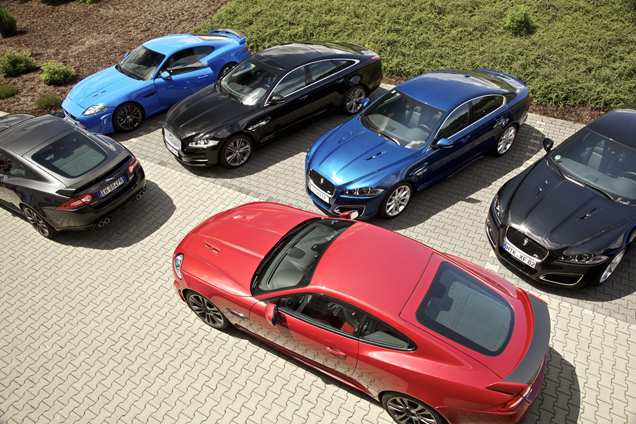 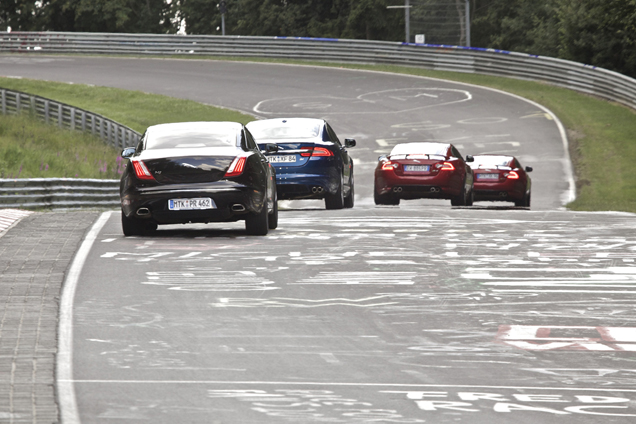 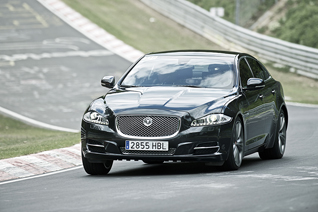 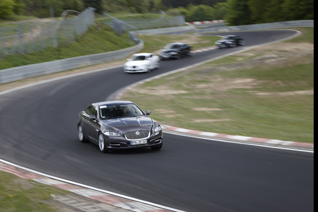