In the German village of Stetten, an hour from Munich, Ferraris and Maseratis are tuned by Novitec. Recently, you can also bring your Lamborghini to Novitec to make it even more exclusive. The Novitec Torado is an aggressive bodykit for the already aggressive Aventador LP700-4. In November, we had the chance to take out this spectacular supercar! 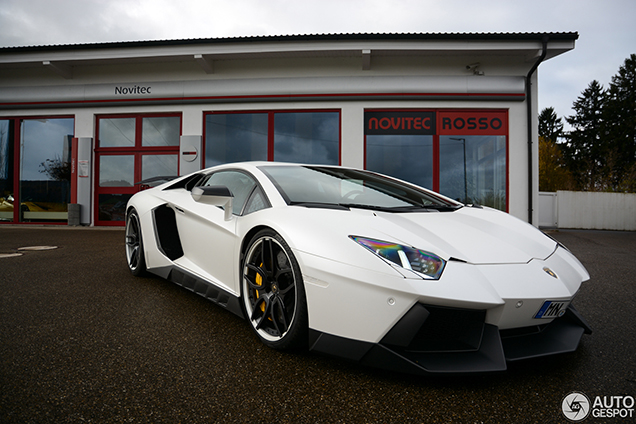 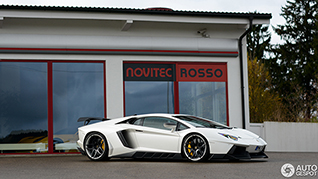 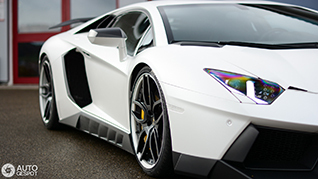 It’s more than a year ago that we drove the standard Lamborghini Aventador LP700-4 for two days. This was an experience we won’t forget very quickly but we have to say that the Novitec Torado is the superlative of this car. We already were thrilled by the Lamborghini Aventador LP700-4 but this Torado is even more extreme, faster and better. The car is developed to offer a package to make the car more individual than the other more than 2000 copies of the Aventador. Everything is about design and function on this Torado. The car doesn’t only look more aggressive, the performance is also improved. Carbon fiber is the magic word to strengthen the looks of the car. Fifteen carbon fiber components make the Aventador LP700-4 look like a modest car next to the Novitec Torado. You have the option to choose for the complete package but you can also choose a few of the components. The most important components of the car are the carbon fiber elements on the front, the trunk and the back of the car. The back got an enormous spoiler and diffuser. The Novitec Cantronic system makes sure that the spoiler opens on the right moment for cooling the V12. The Torado looks great in all colours except black because this camouflages the carbon fiber components. The result of the car is a more aggressive Aventador LP700-4. We think that this Novitect Torado is a great example of what a future Super Veloce version should look like. 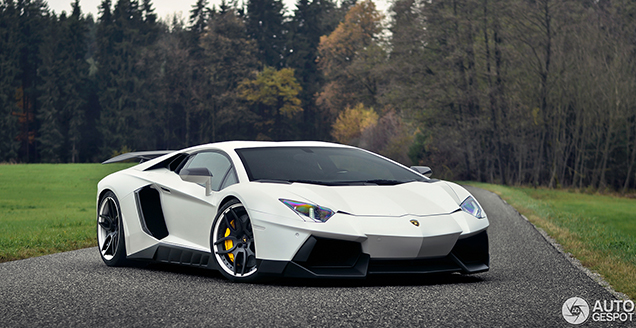 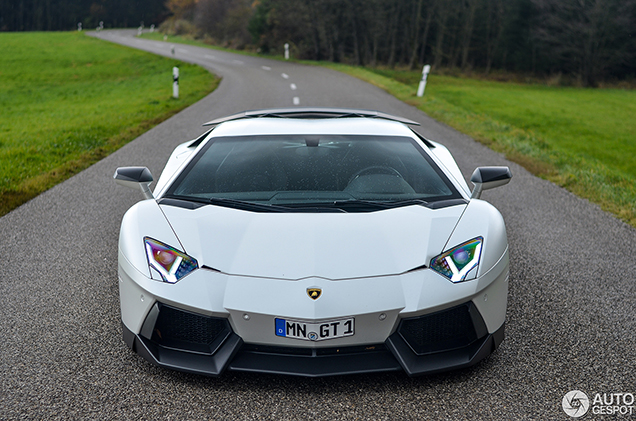 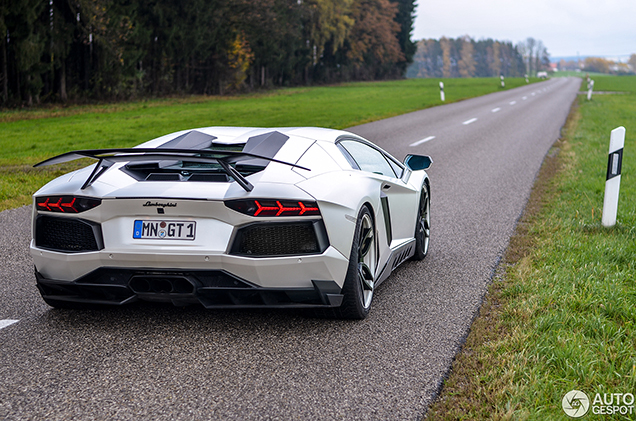 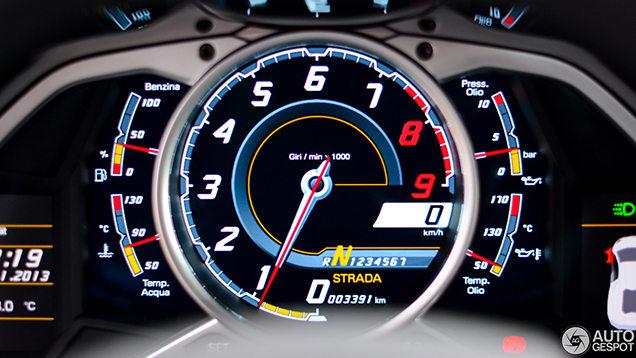 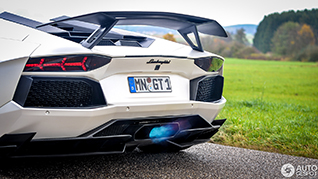 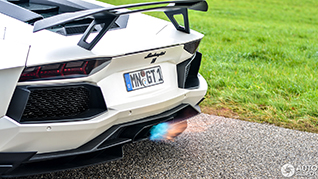 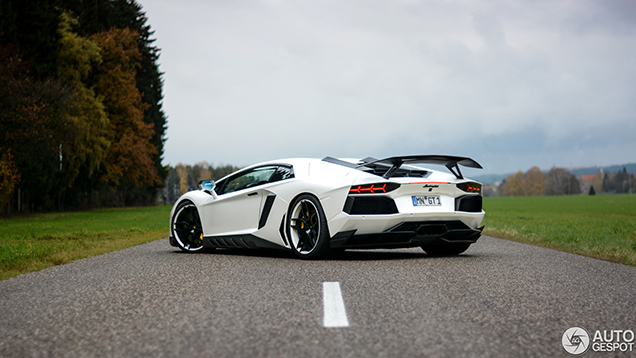 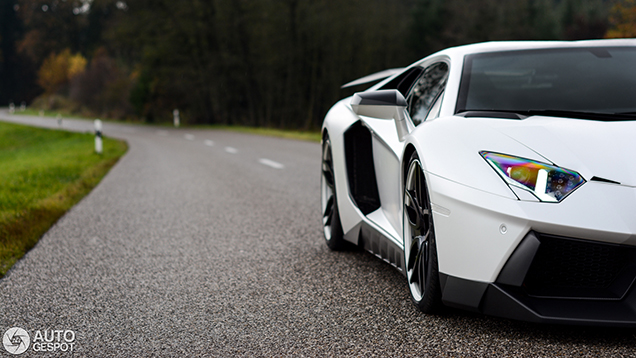 Novitec offers four options for engine tuning, but actually this car doesn’t need any extra power. There are four packages which increase the power up to 722, 728, 742 or 748 hp. Next year, Novitec will come up with a more spectacular kit which will produce 969 hp, thanks to a bi-compressor system. Despite the extra power, this car is more usable thanks to Novitec’s suspension. The car got a less stiffer suspension which makes it more comfortable. What about the performance of the car? This matte white copy produces 748 hp. This makes the car sprint to 100 kph in less than three seconds and gives the car a top speed of up to 350 kph. The power boost is only there to stay ahead of the standard Aventador LP700-4 and to make it more special. 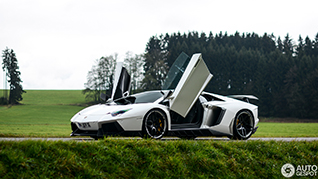 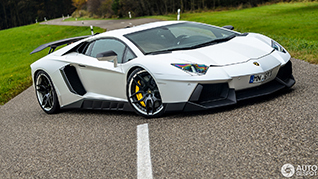 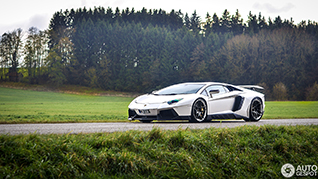 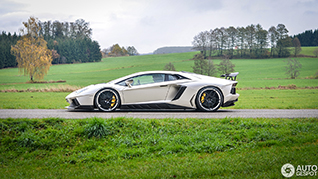 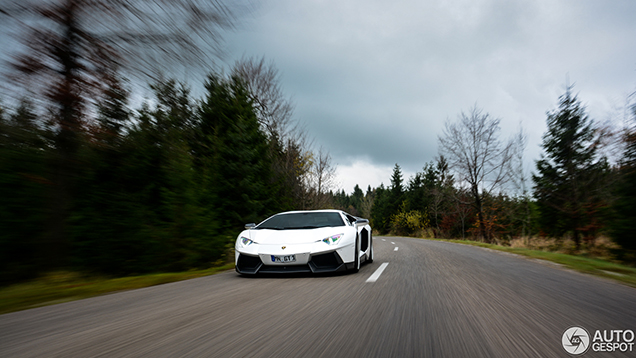 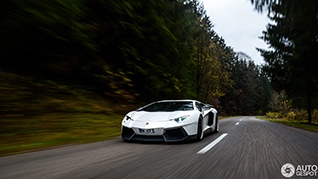 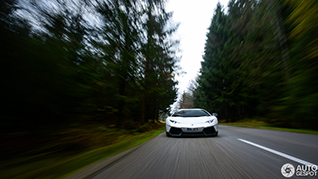 We woke up everybody around Stetten at the moment we started the V12 of the Torado. We simply can’t describe the amazing sound from the Novitec exhaust. A normal Aventador LP700-4 sounds very modest compared with this sound. Inside the car, the sound isn’t that loud but from the outside it’s just extreme. When you’re standing behind the car, it’s very easy to damage your ears. The twelve cylinders produce a sound like an F1 car in combination with big flames from the exhaust. What an extreme car! 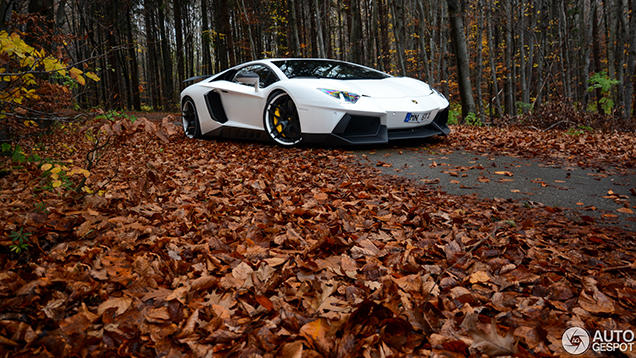 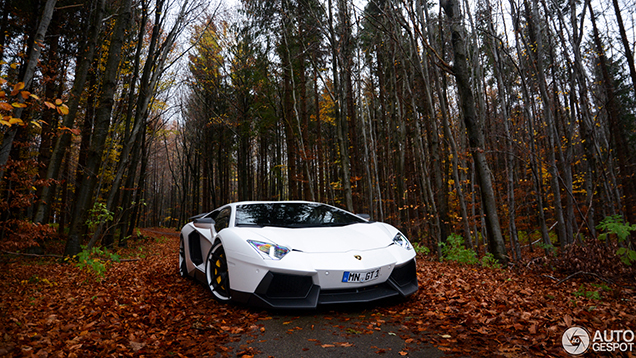 Can we really say something about driving the Novitec Torado? No, unfortunately not. We didn’t get the chance to drive the car ourselves because the first snow had already fallen in the region which made it quite dangerous to drive this powerful car. We have to wait for the summer to really drive the Torado! At the moments the pedal of the car was floored, the speeds easily reached over 100 kph on small country roads and that made us realize that this Torado is a really fast car. We will definitely plan a new visit to this company in Stetten! Next to this report of the Novitec Torado, you can also expect a second report about the Novitec Group company! Keep following Autogespot for more news and reports about the Novitec Group!