Special: the insane world of Zenvo

Zenvo. Chances are that when you hear that name you can't directly name a specific model. This while the brand has some amazing and truly insane cars. We were invited by Zenvo to experience and get to know this Danish car manufacturer.

Location: An abandoned airport close to Billund, Denmark.
Goal: To get to know Zenvo.
Event: MyGarage.dk.
You may ask yourself what this means, it meant a day full of crazy experiences. Of course Zenvo, a relatively small Danish manufacturer, did not rent out an airport just for us but they partnered with the MyGarage.dk event. For those who don't know this event, it's an event where major Danish car collectors get a chance to show off their rides, and where Zenvo wanted us to experience their product. 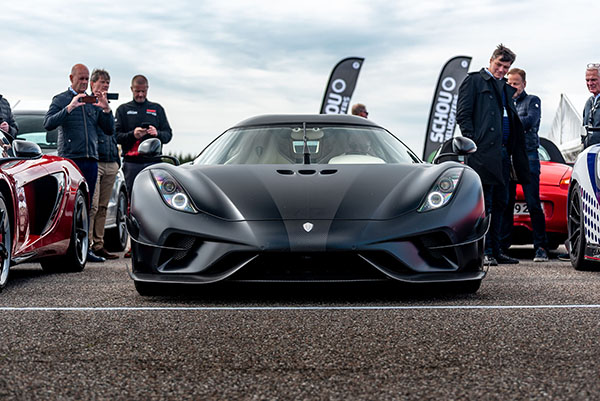 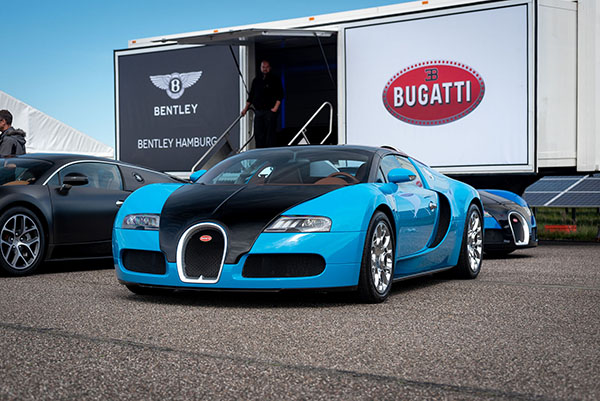 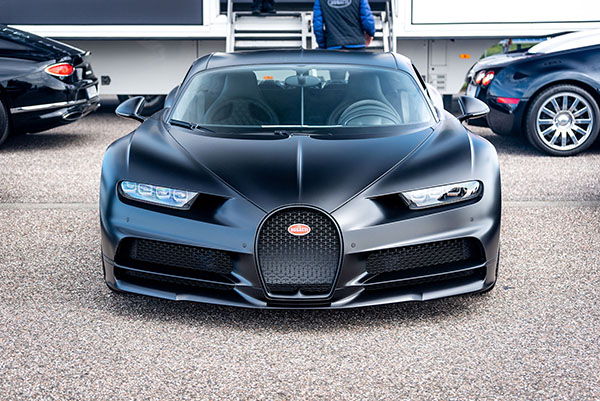 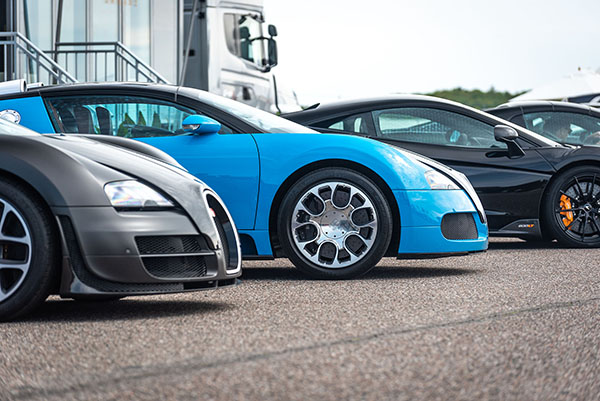 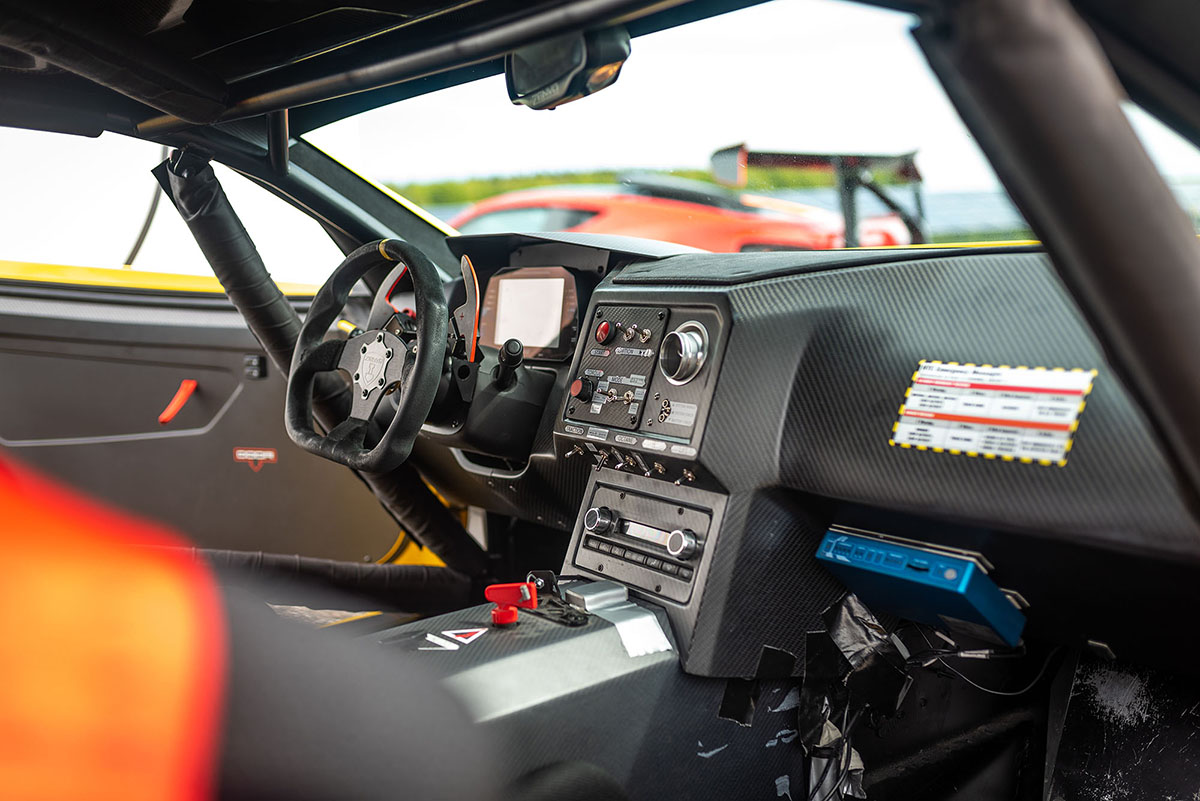 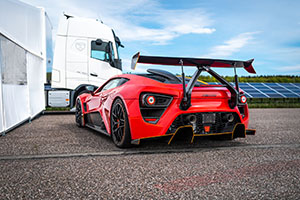 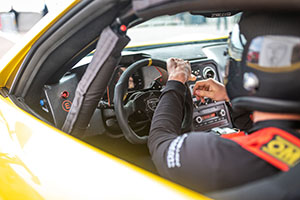 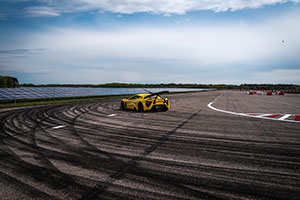 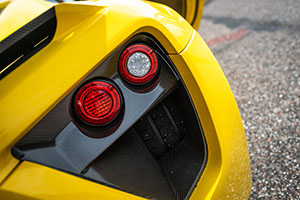 Zenvo brought three models to the event. The red one was already sold to a customer but the blue and yellow units were there with the sole purpose of being smile generators. For this event Zenvo invited partners, journalists, some enthusiasts and/or potential customers to experience what they stand for. It's a bit hard to figure out what Zenvo stands for exactly because at some times it seems more like a hobby project rather than a 'serious' car manufacturer.

Every year only a handful of cars get built and delivered. This has a few reasons. First off Zenvo is an upcoming manufacturer and they still need to get people out of their Bugattis, Koenigseggs or Paganis and into their car. This isn't easy seeing as there isn't a huge fanbase for the brand yet, nor a track record of successful models. All the more reason for Zenvo to participate in this event and offer people to experience their brand, because once you've gotten behind the wheel of the Zenvo you'll be sold. There are few manufacturers who can give you this feeling. This shows how serious Zenvo takes their cars. 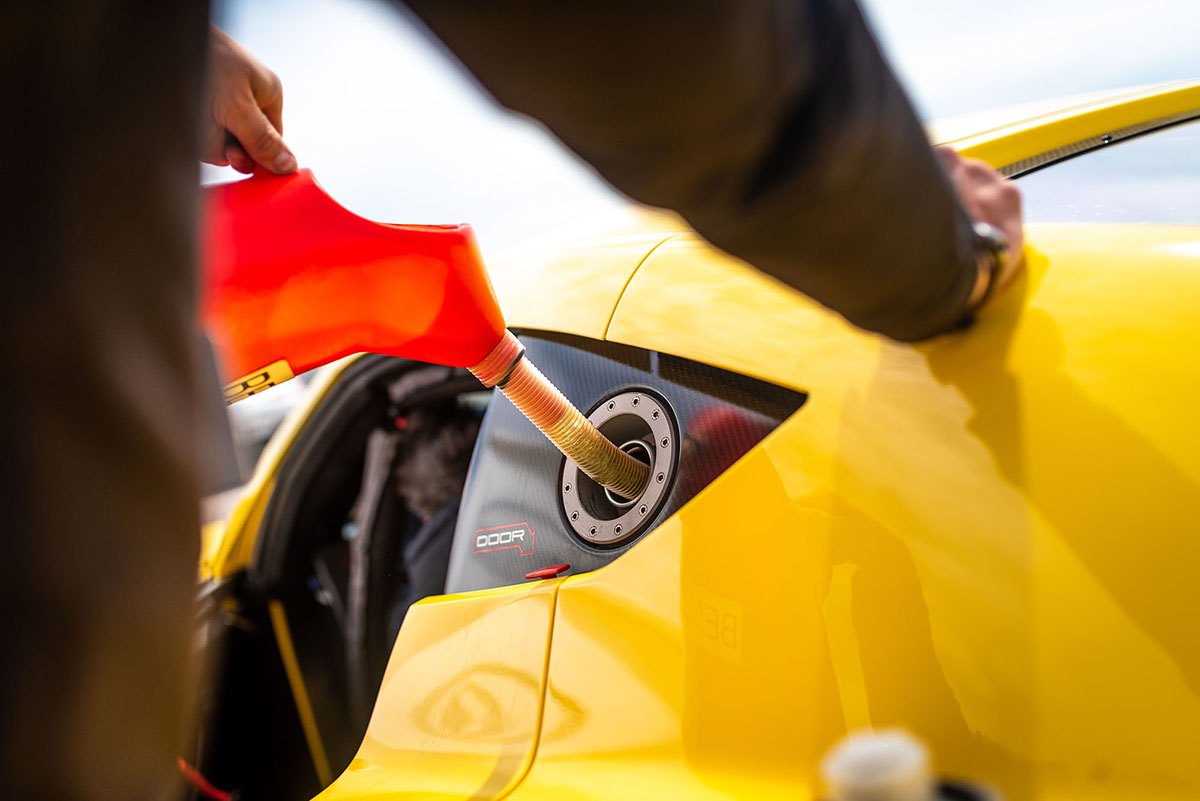 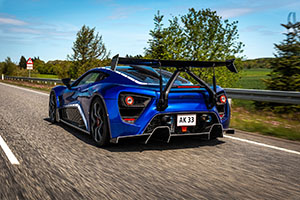 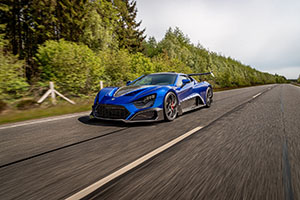 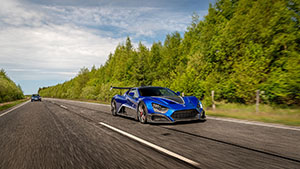 Behind the wheel we find a distinguished test driver who had Noble as his former employer, so he knows special and unique cars and has been through every situation a small manufacturer can find themselves in. We get in the yellow Zenvo TSR, a car built only for the track. They also offer this car in a streetlegal version, known as the Zenvo TSR-S. The TSR-S is based on the TSR, not the other way around. This is a purely track focussed car and you can feel this in everything.

To start off, there's a twin supercharged (hint: TS) V8 which sends an incredible amount of power to the rear wheels. The two rubber pieces get to experience 1100 hp, which naturally is too much to ask. The car won't release its full power unless it is at high speeds, this to make the car drivable and not an expensive tire-shredding machine. The intelligent IQ-System sends the maximum available power to the wheels, based on the grip the tires have. The cars Achilles heel however is the transmission. 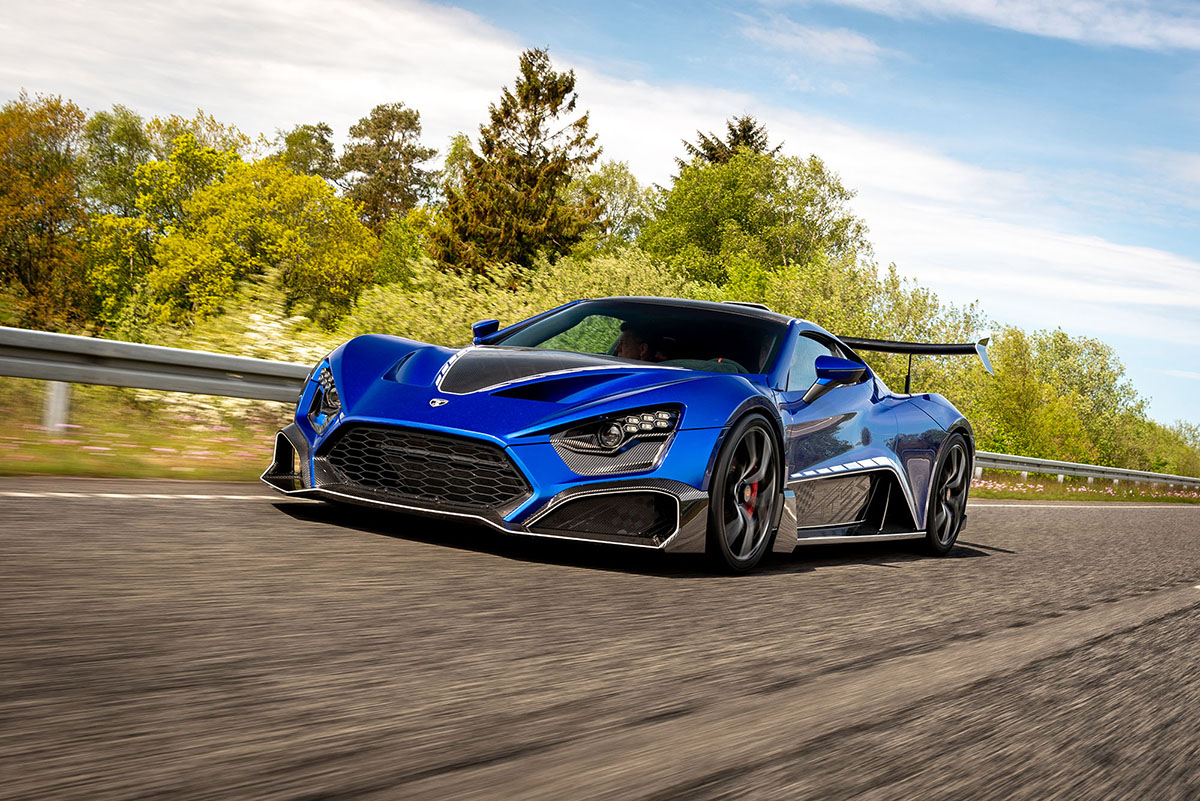 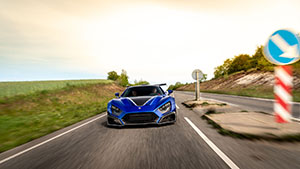 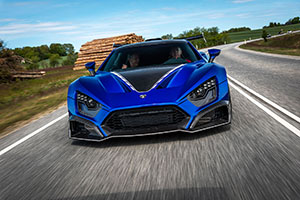 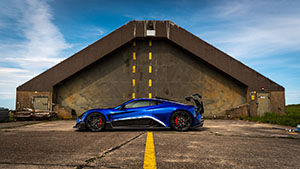 The car comes with a 'dogleg-transmission'. This means no synchromesh wheels or any other 'basic' transmission elements. If you listen closely you hear that in a fraction of a second, all power drops, the gears match their revolutions and the next gear is selected. This results in a truly insane driving experience that will have you begging for another go. The force with which the gears change is like a jackhammer on your spine, but in a good way. According to Zenvo it is faster than any other transmission system available, but this also makes it very sensitive. There's so much horsepower involved in the equation that the technique isn't problem free. The transmission heats up quickly, especially on a trackday where the cars drive to their max the entire day.

The track laid out on the runway is short but intense. It's just a little undersized to unleash the full potential of the Zenvo, but long enough to make a lasting impression. The way this car can go into a corner is unheard of. Grip seems infinite and the throttle response is perfect for entering an impressive power slide, and not spin out. Also not unimportant: the car has huge brakes so it can stop in a heartbeat. This meant the Zenvo was the fastest car on the entire track day, in both corners and straights.

The blue car (visible in the pictures) is essentially the same car as the yellow TSR, but road legal. It has a more approachable interior and other minor enhancements that result in a car that can be driven through the stress with ease. However, under the hood it is exactly the same car. The TSR-S has the same engine, transmission and wing as the blue TSR. To take some pictures we took it around the block, and that's when you can see what a car like this does to people. It's a unique car to see. From every angle of the car it's clear this was not meant to be a show pony but a work horse. This car screams: you may not know me yet, but you'll remember me. 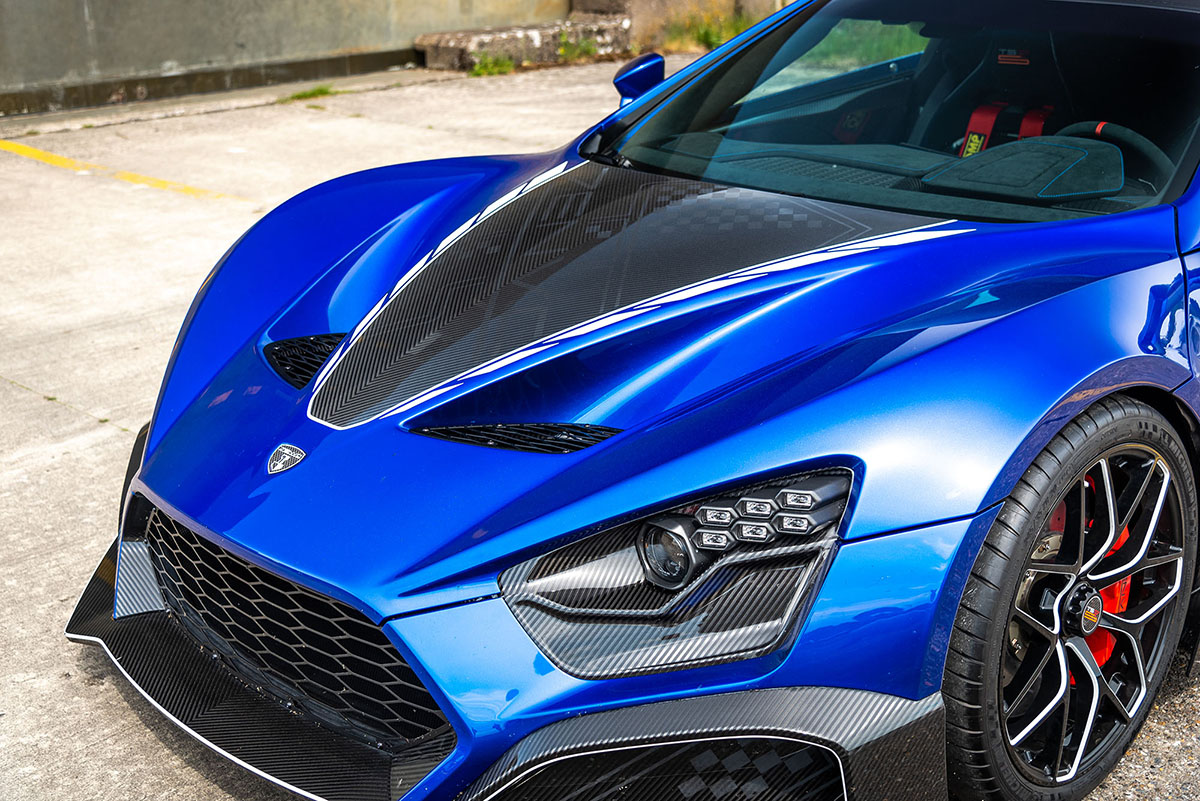 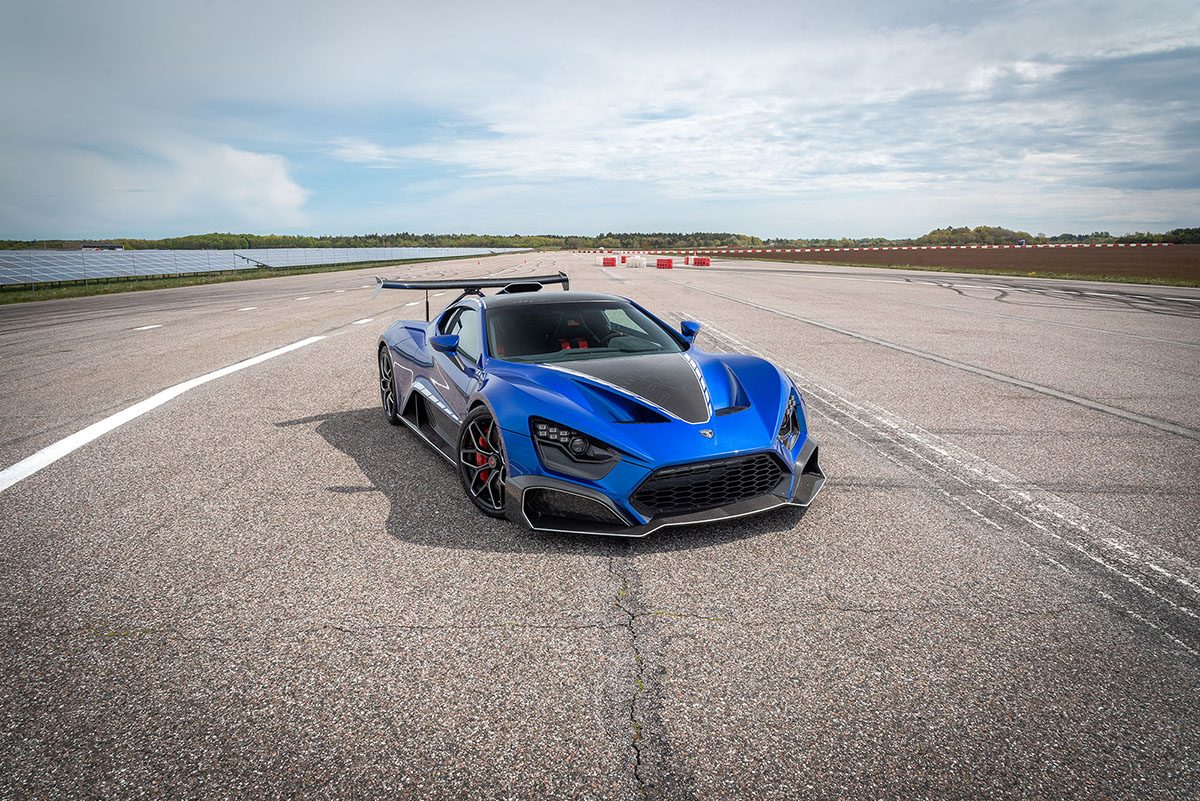 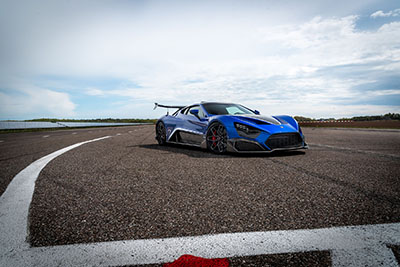 The same goes for a brand as a whole. Zenvo made a very strong impression. This is more than a rich man's project, it's a brand that's ready to take on the major players in the market of super and hyper cars. With proprietary technology they manage to deliver a driving experience like no other. The dynamic rear wing may take some getting used to but it represents exactly what Zenvo stands for. Speed with unusual technology, made special by the unique connection you have with the car.

If you want to experience this car as well, it will be at Supercar Sunday in Assen (The Netherlands) on June 9th. Do not underestimate this car because we've rarely been this excited to get re-acquianted with a car as we are for the Zenvo TSR!