The event Sport Auto High Performance Days 2012 at the Hockenheim Ring took place previous weekend. Besides a large amount of race cars and other high performance cars there were also several tuners to show their products. An unknown tuner, No Limit Custom, showed a modified Porsche Panamera. Our judgement on this design is now official: yuck!

There are many tuners of the Porsche Panamera who have designed a car with similar looks. Then there are also tuners who go even further when modifying this sporting limousine. Concrete examples are the Hamann Paragon and the ASMA Design Panamera. No Limit Custom has also done a nice try to come up with something extreme. The tuner from Hüffenhardt has paid a lot of attention to the car, and that can be appreciated. The design has been drawn in CAD first and later on for the carbon fiber framework was made on a mould. The entire front is made out of carbon fiber. The result is a bodykit that contains a modified front and back. Engine-wise it is unknown whether something has been changed. 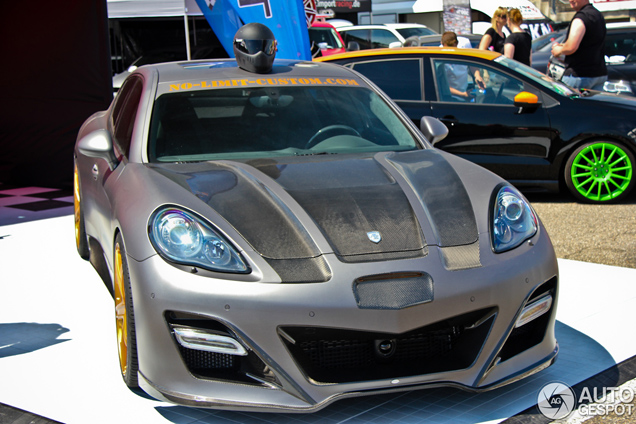