Qatar is the country that will host the 2022 FIFA World cup, it has the ninth biggest airport in the world capable of processing around 50 million passengers each year and is one of 4 countries in the entire world without any natural forest. But above all Qatar is the richest country in the world! And money means the presence of supercars!

The main star of the scene is of course the Mercedes/Mclaren lovechild! This car was produced from 2003 until 2010 and during that time Mercedes had 40% stakes in McLaren so a cooperation was only logical! 2157 units were produced. In 2007 the roadster went for sale and in 2009 the 722S roadster was unveiled, just 150 units were produced. That was not enough so the stirling moss was introduced limited to just 75 units and only sold to buyers who were already in the possession of an SLR.

After production was discontinued in 2010, Mclaren Special Operations (MSO) announced they would make a special program for the already existing SLR’s, creating the Mclaren Edition. The McLaren Edition is based on all variants of the SLR with the exclusion of Stirling Moss and includes revised bodywork (front and rear bumper, grille, top shell, side grills, rear diffuser, wheels) and interior parts, along with upgraded steering and suspension components and a new titanium sports exhaust. The cars were modified exactly to the owner's specifications and due to this no car was similar to the other. The personalisation cost GB£150,000 and was offered for only 25 cars.

JeffRBB, Congrats on the spot of the day! 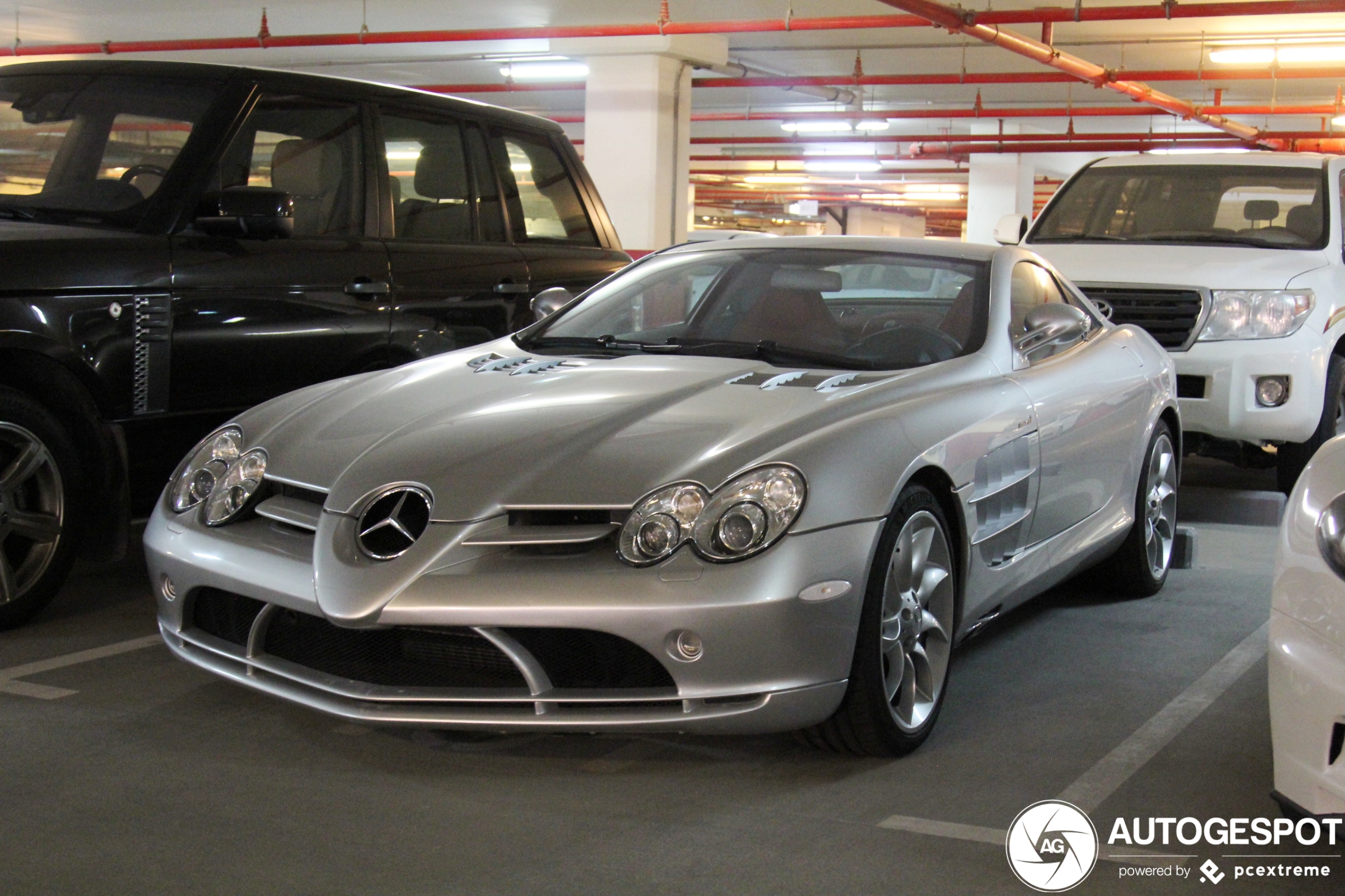