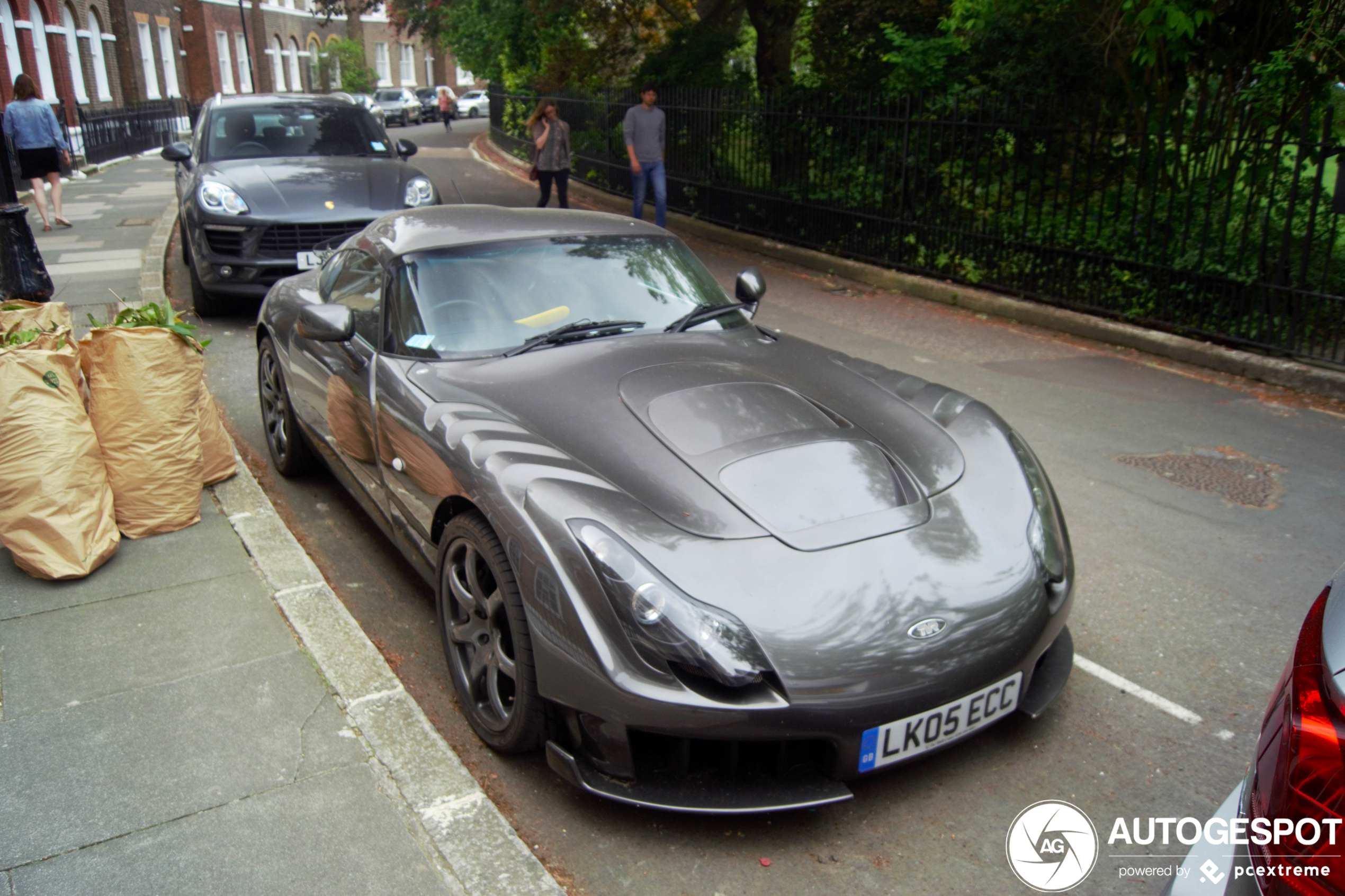 Today’s spot of the day is brought to us by spotter Dejong32 who found a TVR Sagaris in downtown London. The rear is something we don’t see on any other cars, the sideways exhausts are a great feature.

TVR is a British carbrand found in 1947 by Trevor Wilkinsin, hence the name TVR. The history of the brand is pretty turbulent, the company has been bought and sold quite some times but no new models were produced after the Sagaris. The plans to convert the older TVR models to electric powertrains were never pursued so once again nothing happened.

Now however the company is coming up with a new car, the TVR Griffith. Although the delivery dates are still shady and the production seems to keep getting stalled somehow the new release date has been set for mid 2020 which we are getting pretty close to. How cool would it be to see a new TVR model on the roads?