The company Claus Ettensberger Corporation sounds like it’s a German company. The name is typically German but this is not where the company’s from. CEC is located in the United States of America. In 2011, this tuner made a bodykit for the Fisker Karma especially for the SEMA show but due to a disagreement with Fisker this bodykit is never really produced. Luckily, the only copy ever made is now spotted!

Thanks to spotter hertj94, who has a lot of amazing spots from the United States on his name, spotted this car in the famous Deer Park in the state of Illinois. This project of CEC was canceled by Fisker itself. The idea about this bodykit was to sell it at the dealerships as an extra, called Fisker Reserve. The bodykit consists only three parts which make the car look much better. It has an extra front spoiler under the front bumper, new sideskirts and a spoiler on the back of the car. This bodykit fits perfect with a car like the Fiske Karma. The Karma is an electric, sporty car which has a big radius thanks to the range extender. The combination gives the car 1330 Nm of torque and 403 bhp. You don’t have to buy the Fisker Karma for its top speed because the top speed is just over 200 km/h. But the complete package makes the Fisker Karma a very attractive sports limousine. 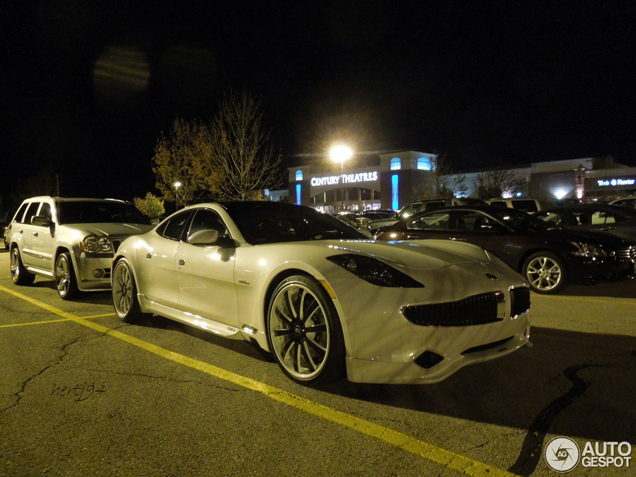