This SRT Viper can't get much more exclusive. Especially not with the bad sales of the latest models. It's always great to spot a limited model, just because it's a rare model. The Anodized Carbon Special Edition package consists a lot of carbon fiber details which can be seen on the photos. 'Viper' on the calipers is painted in orange and this is the only colour you can find on this car. This copy is also equipped with the TA package, the letters TA stand for Time Attack and it's the fastest production car ever on Laguna Seca.

How exclusive is this model? During the introduction of the New York Motor Show in 2014, SRT said they would produce 50 copies but eventually it were only 10 copies. SRT didn't manage to sell the copies which makes this car more rare than many other supercars. 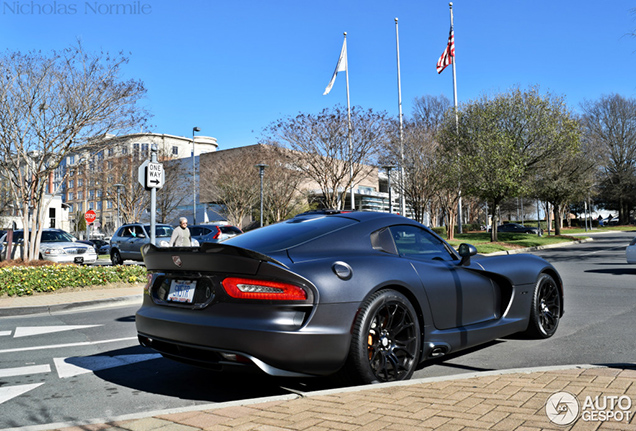