The best of the week: Ferrari 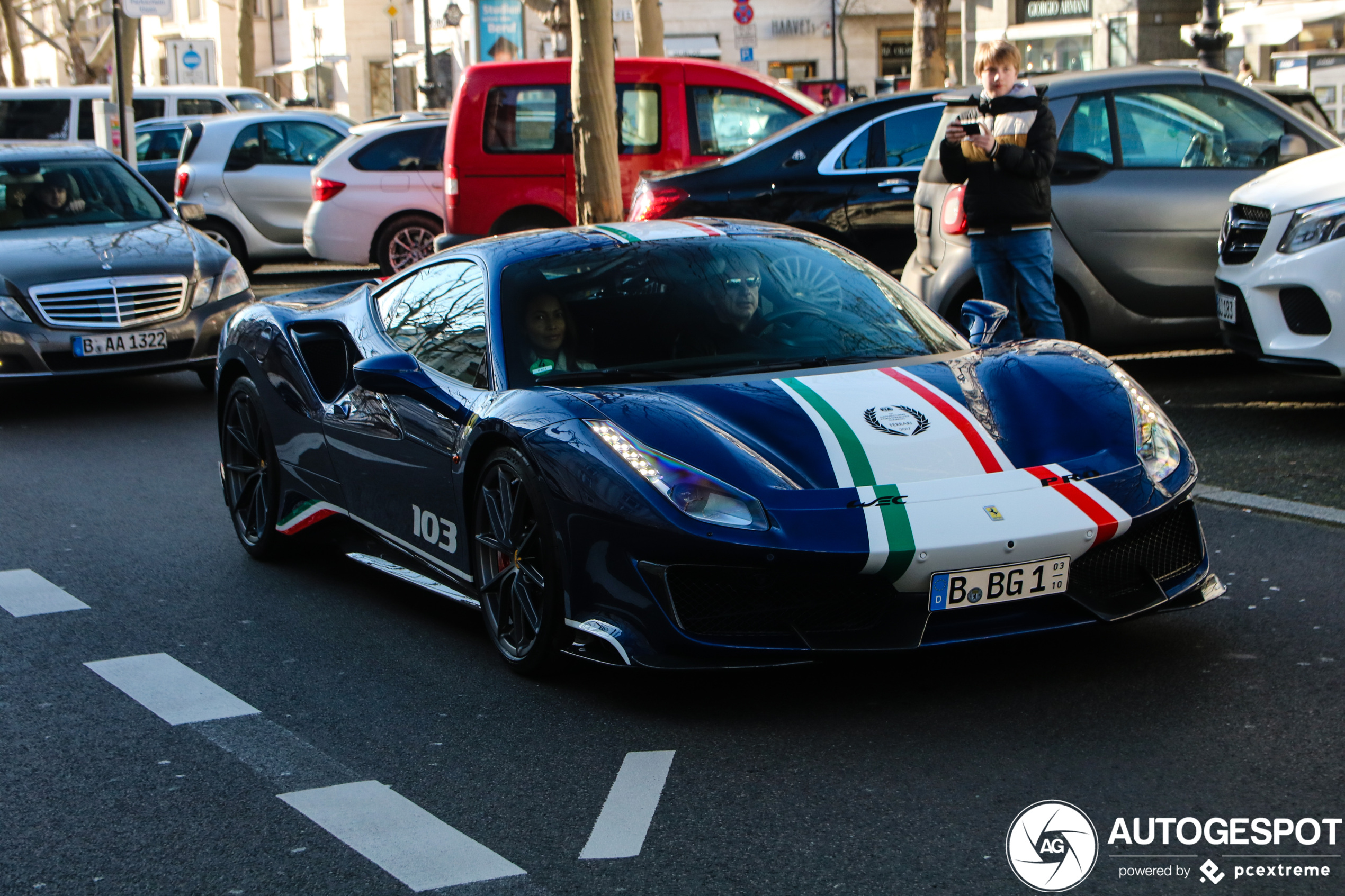 Despite the spreading Covid-19 virus, it was another nice week filled with plenty of cool spots. Enough was still uploaded by our dedicated spotters, thanks for that! The Ferrari brand was also uploaded multiple times. 132 spots were uploaded, 22 of which became spot of the day, 79 were spotted for the first time in the city in question and 47 were red. Spots have been uploaded from Portugal, France, Denmark, Czech Republic, Hungary, Belgium, Dubai, Monaco, Serbia, Germany, Italy, England, Netherlands, Poland, Spain, Switzerland, America and Morocco, 18 different countries! This just goes to show that the spotters are spread far and wide! Onece again I have highlighted 5 spots, although it was a lot more difficult to choose because of the amount of spots.

We start with one of my personal favorites, the F430 Scuderia. In 2007 this car saw the light of day as the hardcore brother of the F430. Slightly less weight, slightly more power, that is the recipe used for this car. In reality, that is of course a bit more complicated, because there was enough competition at that time, think of the Gallardo Superlegerra or how about the Porsche GT3 (RS) models.

Although all Scuderias are supplied with an automatic gearbox, there is a company in Texas that has put a Manual gearbox in an F430 Scuderia with original Ferrari parts. It's wonderful how people manage to do that. 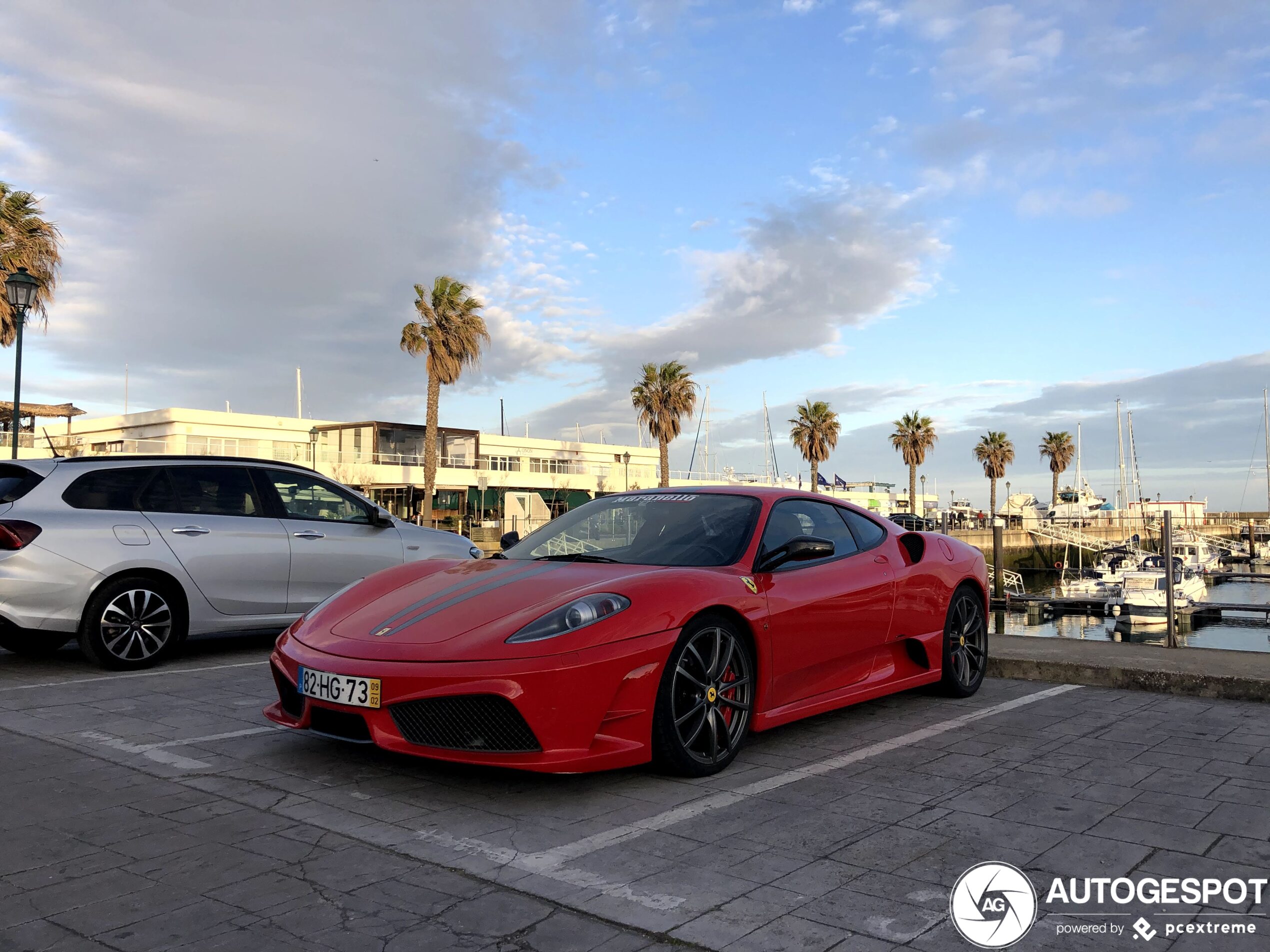 A classic, the nice thing is that I am not very familliar in the classics at all. So I learned something myself when writing this piece. The Ferrari 330 was produced between 1963 and 1968 and the 330GT 2 + 2 from 1964 to 1967, well before my time. 1099 pieces were made of the 330 GT 2 + 2, how many are still driving around is unknown, but since 55 years have already passed, there will unfortunately be less. A V12 was in the front of every 330, although some changes were made in the different models.

No Dutch car fan has missed this Ferrari. Gold wrapped, and also known as the scoop mobile. I think it is bad taste but it is of course striking!

The 812 is the top V12 model of Ferrari and currently the most powerful Ferrari you can order. First leave a minimum of 400,000 euros at the dealer. This super GT is of course the successor to the F12 Berlinetta, but a lot has changed, a 6.5 liter V12 instead of a 6.3, 30 percent faster shifting, less air resistance, more downforce and the brakes of a Laferrari. Where of the F12 we also have the F12 TDF, the 812 does not yet have a hardcore variant, when we search through the depths of the internet, we find the name 812 Monza as a possible circuit toy, time will tell. However, the 812 GTS has been announced, an open version of the 812 superfast. That is special because except for a few one offs, Ferrari has not offered a convertible V12 model for 50 years! 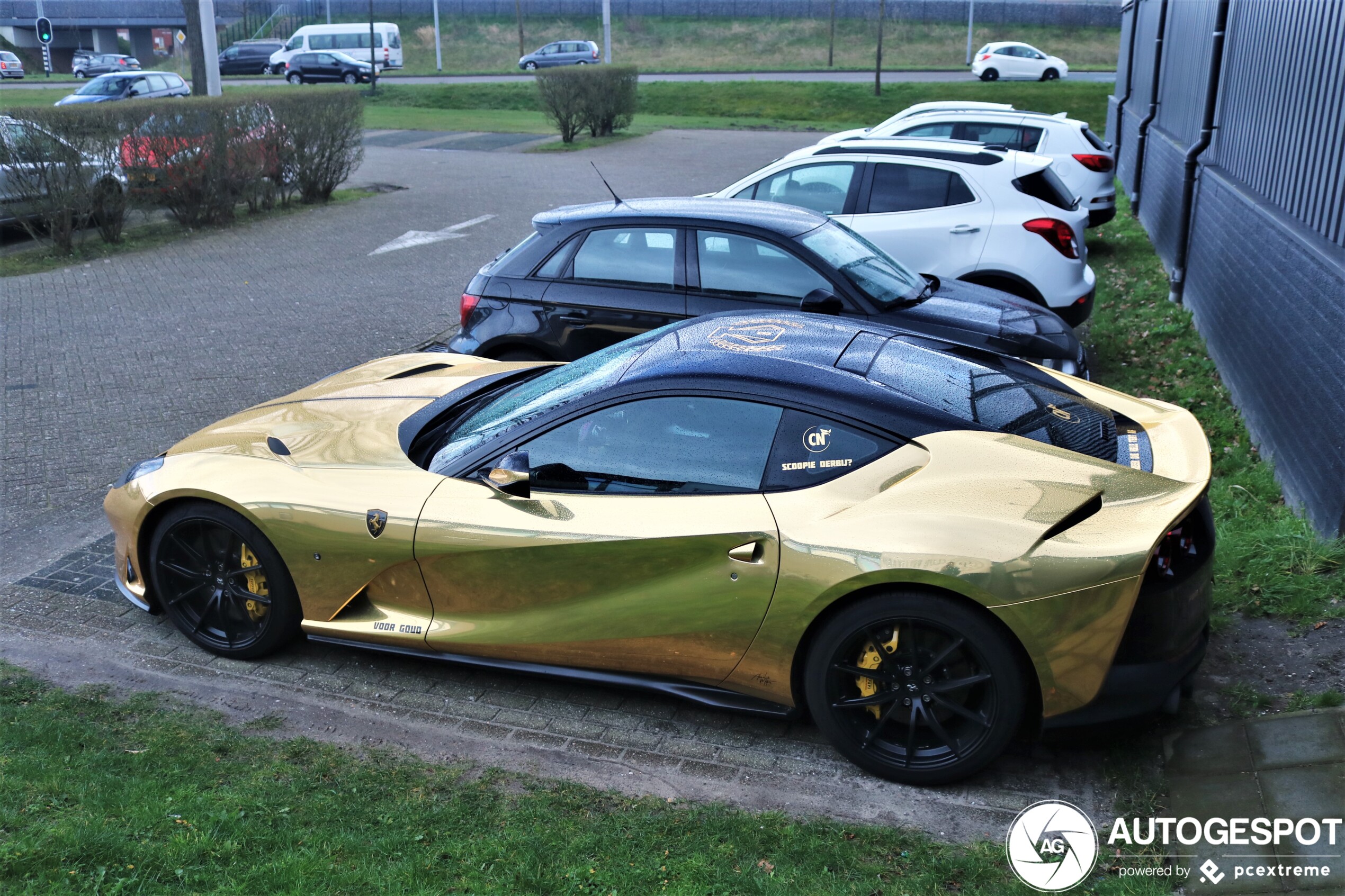 The Pista Pilotti. Ferrari had something to celebrate again so you can be sure that a special edition would be made. This edition celebrates the success that Ferrari achieved in the World Endurance Championship last year. All cars also carry the number 51, as a tribute to the car that won the WEC last year. However, this car is not just for everyone to order, you have to be high in the Ferrari list to be eligible for this car oh and you have to be a racing driver. Well, of course it has been the case with Ferrari for some time that you really have to be on good terms with the Italian men if you want to get the really special models.

For example, once a lawsuit was filed by an American collector who was not allocated a LaFerrari Aperta, it would have damaged his reputation as a Ferrari collector when he was refused the car. Very American of course.

The 488 Pista Pilotti is a lot more exclusive than a normal 488 pista, but in essence it does not even matter that much. Of course, the Tailor made division has been busy with the car, the interior has been replaced by Alcantara, there is more carbon fiber and there are 4 color options available for the exterior, namely: Rosso Corsa, Blu Tour De France, Nero Daytona or Argento Nurburgring. Other than that you might aswell just get a 488 pista and get the tailor made division involved yourself! 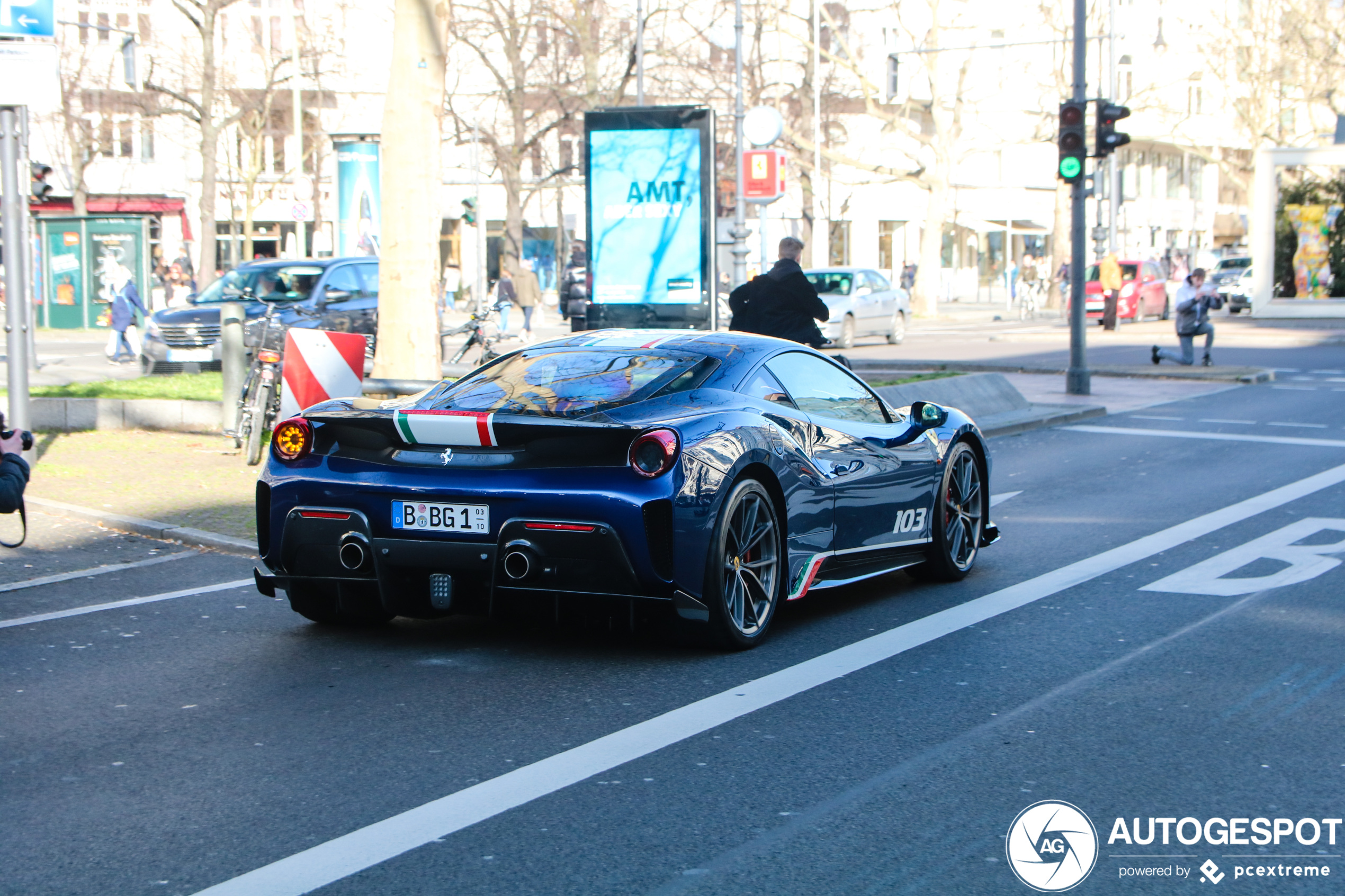 The Laferrari, the Ferrari. Calling your car that way means that you have full confidence in its ability. The first Hybrid Ferrari, a V12 with 789 hp combined with a KERS system makes that this car has 950 hp at its disposal. Top speed 350 km / h and looks that no one can ignore. It is also the first Ferrari since 1973 that Pinifarina has had no hand in. 500 pieces are produced and 210 Laferrari Apertas have also been made. The open version of this hypercar.

When released this car had to compete with the Mclaren P1 and the Porsche 918, both hybrids aswell! Although I have been able to spot several Laferrari's and 918's, the P1 keeps slipping away. Maybe I'm lucky enough this year.

Nice detail by the way, I uploaded the featured Laferrari for the first time on the site in 2017. Since then, the car has been spotted 21 times in, among others, Croatia, Spain, Andorra, Monaco and France! So we know this car is being driven properly and that is what it is all about. 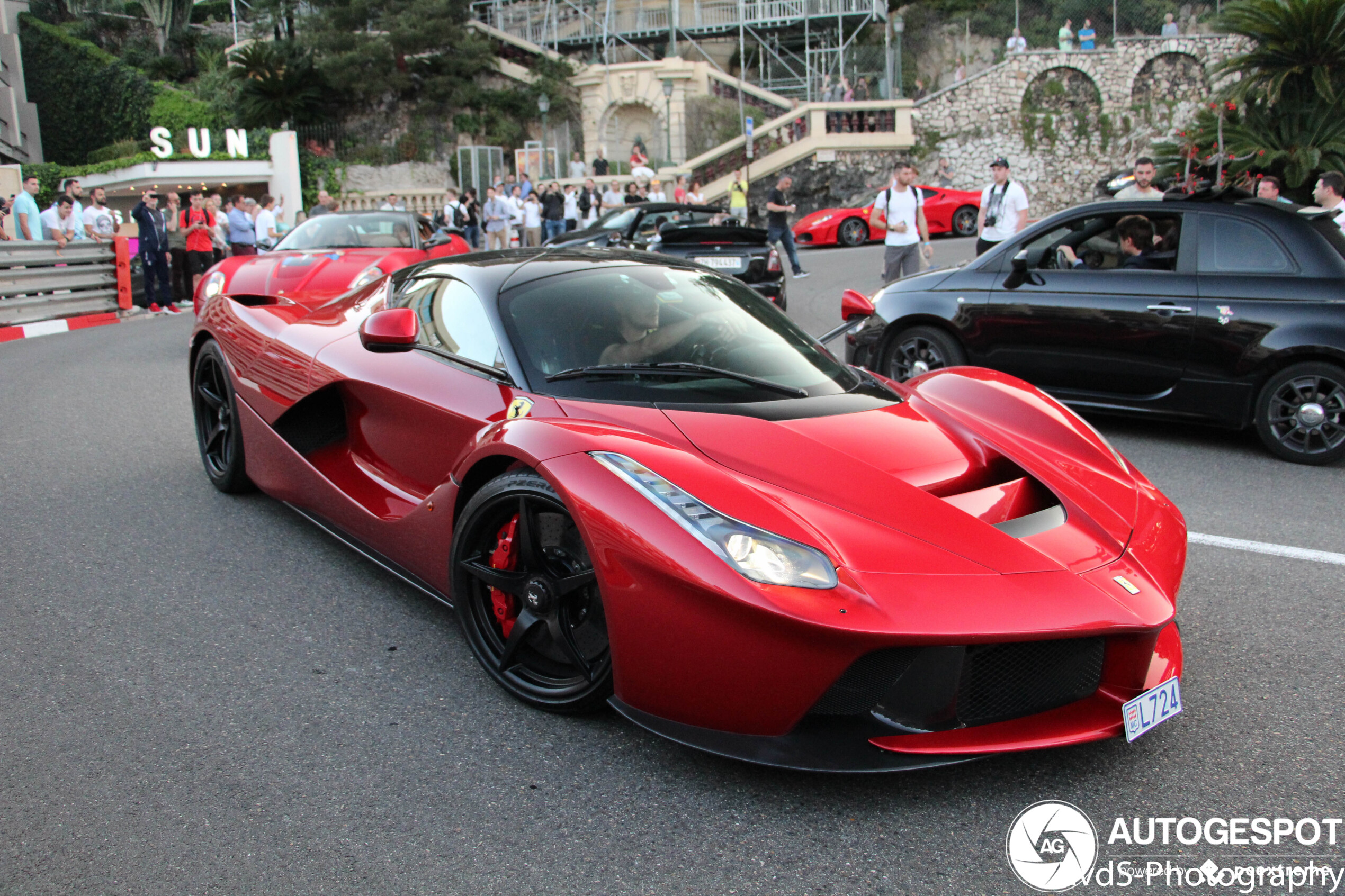