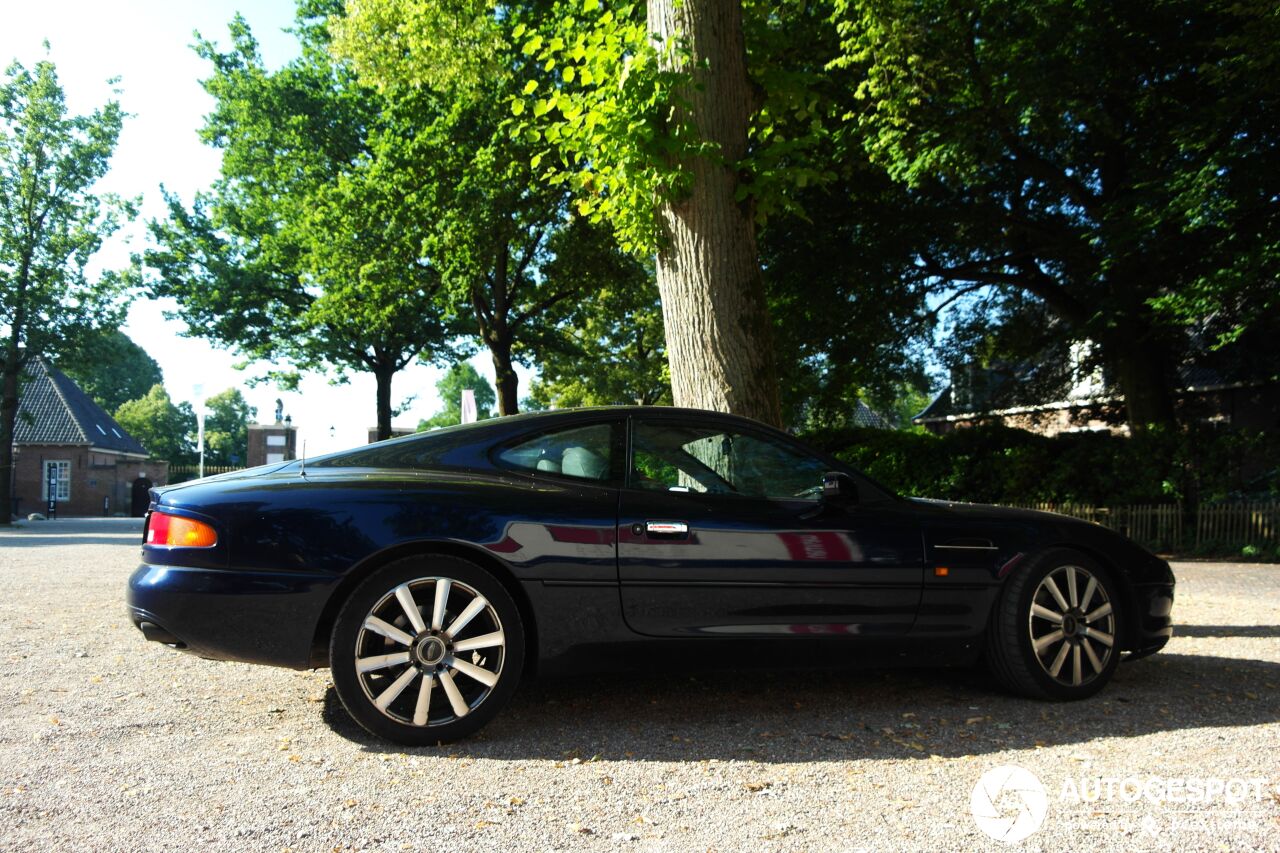 Some say legends are born and others say that legends are made. One thing is for sure: Aston Martin cars are legendary. No mention of them is complete without noting that they are the choice of James Bond. While not many of us are international spies and men of mystery, an Aston Martin can surely make you feel as slick as one. This article is going to focus on the Aston Martin DB7, which has made its legend known.

Introducing a Legend
Some say legends are born and others say that legends are made. One thing is for sure: Aston Martin cars are legendary. No mention of them is complete without noting that they are the choice of James Bond. While not many of us are international spies and men of mystery, an Aston Martin can surely make you feel as slick as one. This article is going to focus on the Aston Martin DB7, which has made its legend known.

Obviously, the car is beautiful — we will discuss the sleek looks as well as its impressive technical merits. Of particular interest is the vehicle's General Motors 4L80-E transmission, which has its own lineage that makes it notable as well. Read on to find out why the Aston Martin DB7 is such an amazing specimen of engineering in both form and function.

Red Carpet Debut
The company was looking to expand their sales numbers in the 1990's to remain competitive, introducing a new offering to the market was considered to be the best way to do it. In 1993, the DB7 was finally shown to the public at the Geneva Motorshow in Switzerland. The original model was the combined stylistic effort of Ian Callum along with the engineering wizardry of Tom Walkinshaw's TWR Group. It might even be said that the team imbued it with the appeal of an attractive and fit body, with aerodynamic curving lines that cut through the air.

It was not long before a new factory located in Oxfordshire began turning out units to the market in 1994; its alloy engine was light and powerful, fuel-injected and water-cooled. This car is in the "grand tourer" class, equal parts sporty for speed and comfortable for long hauls over the road. Leave it to Aston Martin to successfully package head-turning performance with top shelf luxury features into a 2-door coupe's framework. The goal of the designers was to improve upon the Jaguar XJS, which had made its mark in the industry through the 1970's and 1980's. Walkinshaw wanted the handling of the Jaguar wrapped in the skin of an Aston Martin for the DB7.

Power Under the Hood
Truly, the 1999 models kicked things into a higher gear. Note that the technical details do not disappoint. In 1999, a redesign of the DB7 was released that brought new shapeliness to the exterior but also increased the coupe's power under the hood — by a lot! What had in the past been an I6 "straight-six" engine was now a V12, pushing the rating from 335 hp up to 414 hp. Drivers were also treated to a viable top speed of 184 mph when in manual (according to Aston Martin's claims), blowing away the old limits by nearly 20 mph. Surely, these factors are amongst the reasons why the DB7 V12 Vantage was selected for the Jubilee Limited Edition which commemorated Queen Elizabeth's 50th year as England's monarch in 2003. Remarkably, only 50 vehicles were manufactured for both Europe and North America consumers. Proper Aston Martin connoisseurs will appreciate the detail variances between the Vantage and Volante that were issued.

That's not all there is to discuss regarding the powertrain. Critical to note here is the fact the DB7 was available in both automatic and manual transmission versions. This is thanks to the 4L80-E transmission which appeared in many makes and models during the time it was in production from 1991 to 2003. While this component made its way into the DB7 between 1996 and 1999, it was actually a General Motors (GM) heavy-duty longitudinal automatic transmission. Built in Ypsilanti, Michigan at Willow Run Transmission, the 4L80-E could handle 440 ft·lbf of torque from engines it was paired with in a powertrain setup. This was critical for high performance sport models like the Aston Martin and Jaguars it was placed in as well as luxury models by Bentley. Its solenoid A-B setup evolved to comply with OBD II regulations instituting a 1-2 & 3-4 Shift Solenoid arrangement with a "limp home mode" in 2nd gear. Surely a blessing for some bigger models it was deployed in such as the Chevrolet Suburban and Hummer H1. For more information regarding the 4L80-E transmission, visit Reman-Transmission.com.

Watch It Go...
Aston Martin's DB7 1999 redesign was something special — if the DB7 is good enough for the Queen of England, who are we to say otherwise? The craftsmanship that went into its aesthetically pleasing exterior as well as the impressive power under the hood absolutely set it apart in the vehicle's respective luxury class. Few other cars warrant a worthy comparison.

What do you think — ready to get behind the wheel and see for yourself what it feels like to drive a legend? With style and performance like this, you can not go wrong.