The most powerful Porsche Cayenne is a plug-in hybrid

Porsche continues to consistently focus on e-mobility, with the Cayenne range following the Panamera series in now featuring a plug-in hybrid as its new flagship model. The Cayenne Turbo S E-Hybrid and the Cayenne Turbo S E-Hybrid Coupé draw their system output of 500 kW (680 PS) from the intelligent interaction of a four-litre V8 engine (550 PS) and an electric motor integrated into the eight-speed Tiptronic S transmission (136 PS). The maximum system torque of 900 Nm is available from just above idle.

Both models accelerate from a standing start to 100 km/h in 3.8 seconds and reach a top speed of 295 km/h. This exceptional performance is matched by a high level of efficiency: the Cayenne Turbo S E-Hybrid and Turbo S E-Hybrid Coupé can drive for up to 40 kilometres with zero local emissions.

The lithium-ion battery is installed underneath the loadspace floor and has a capacity of 14.1 kWh. The high-voltage battery can be fully charged within 2.4 hours with the standard 7.2 kW onboard AC charger when using a 400-volt connection with a 16-amp fuse. The charging process takes six hours from a conventional domestic socket with a rating of 230 volts and 10 amps. 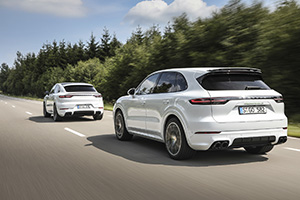 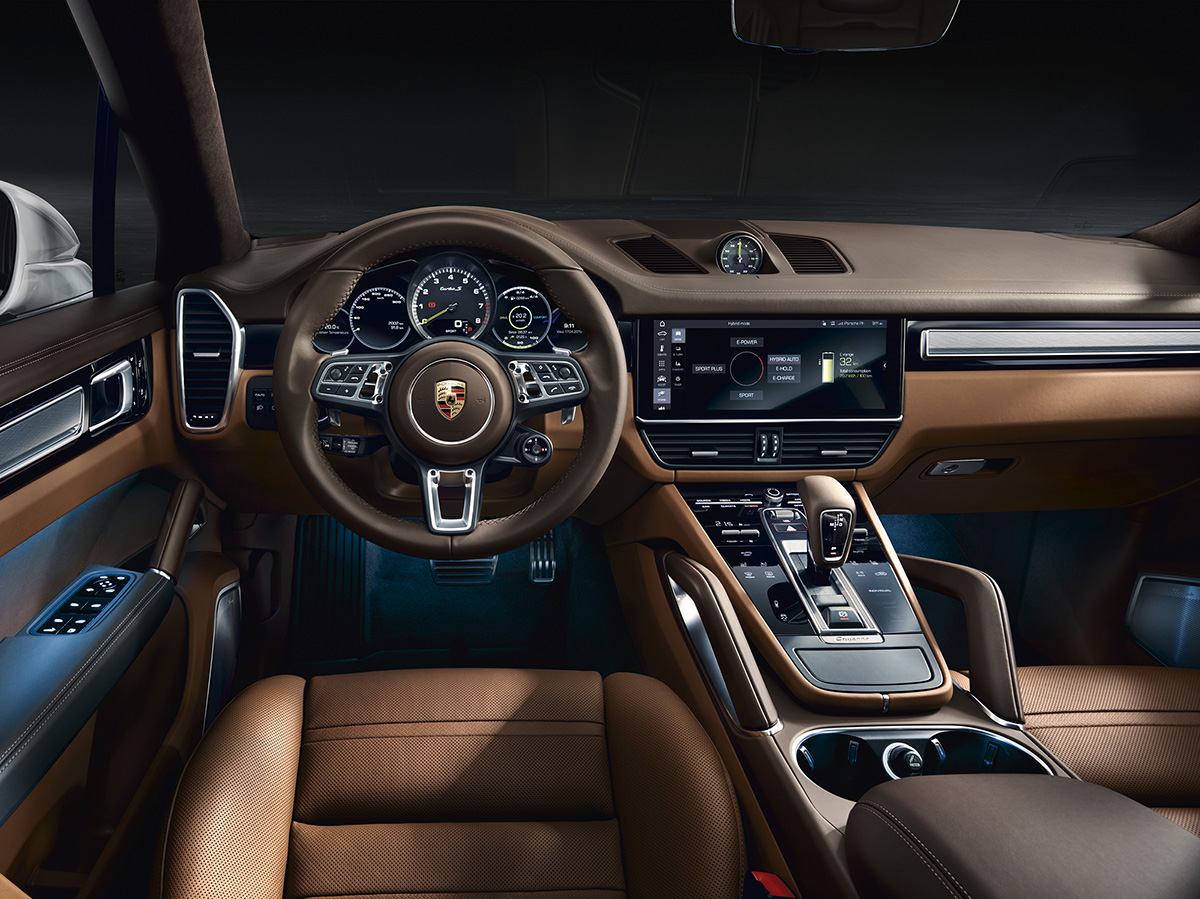