The postercar we all wish we had 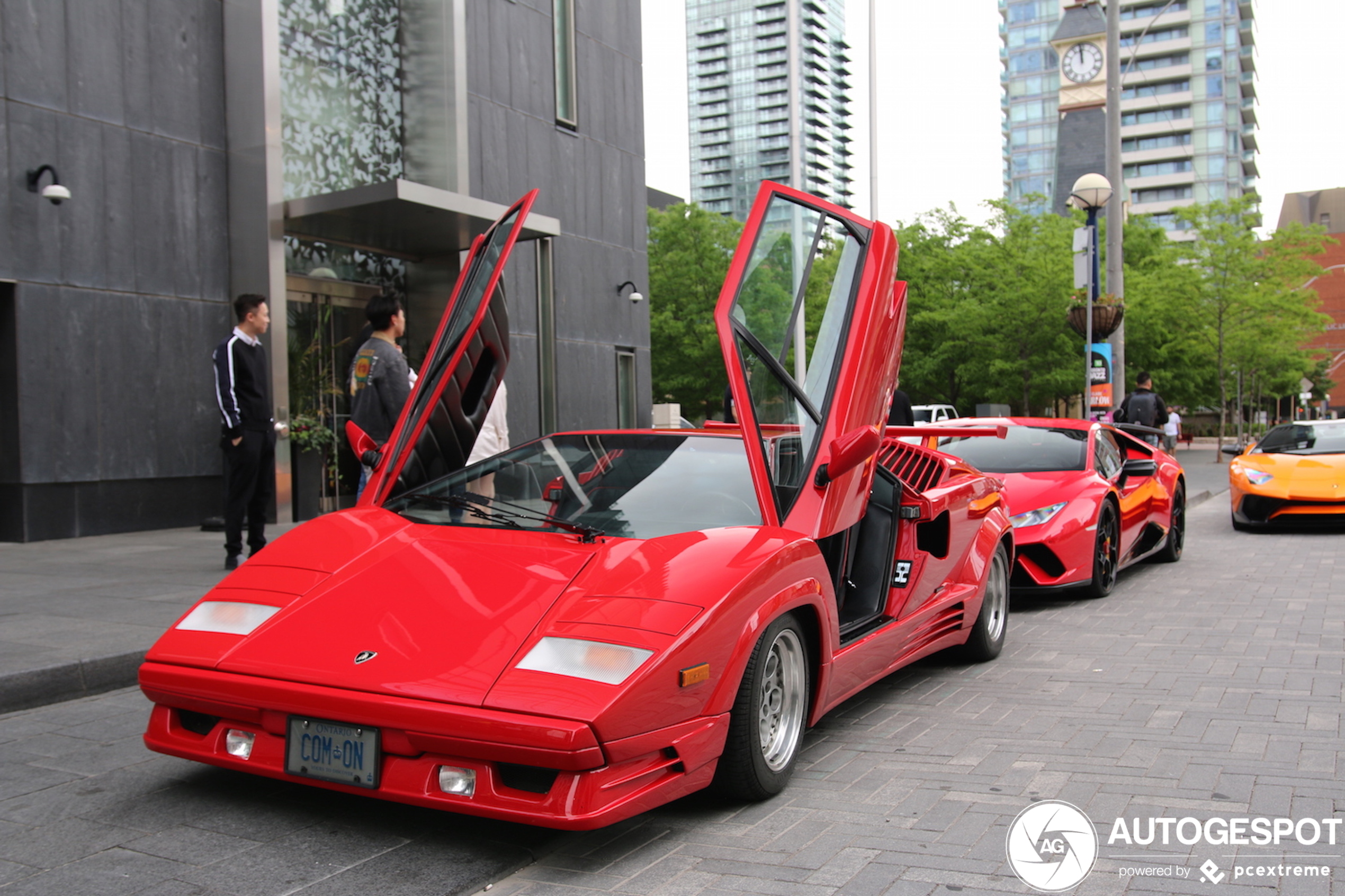 An amazing combo was spotted in Toronto today, although 1 car definitely stands out from the crowd. A absolutely gorgeous Countach 25th anniversary.

The countach was THE poster car back in the days, produced from 1974 until 1990 it hangs on car enthusiasts walls until this day. 657 models of the 25th anniversary were produced to celebrate the 25th anniversary of the company, it was even partly redesigned by no one less than Horacio Pagani.

The 25th anniversary was the last countach, and because of that possibly the fastest and the most refined of them all, giving it a 0-60 time of 4.7 seconds (which was pretty damn fast back then!) and a top speed of 295 km/h or 183mph.

We all know the famous scene in the movie The wolf of wall street where one of these cars was featured. That car was actually a real original Countach instead of a replica which is usually the case in movies.

Thanks for sharing this amazing find with us Gabriel and ill keep a look out for more cool stuff to come! 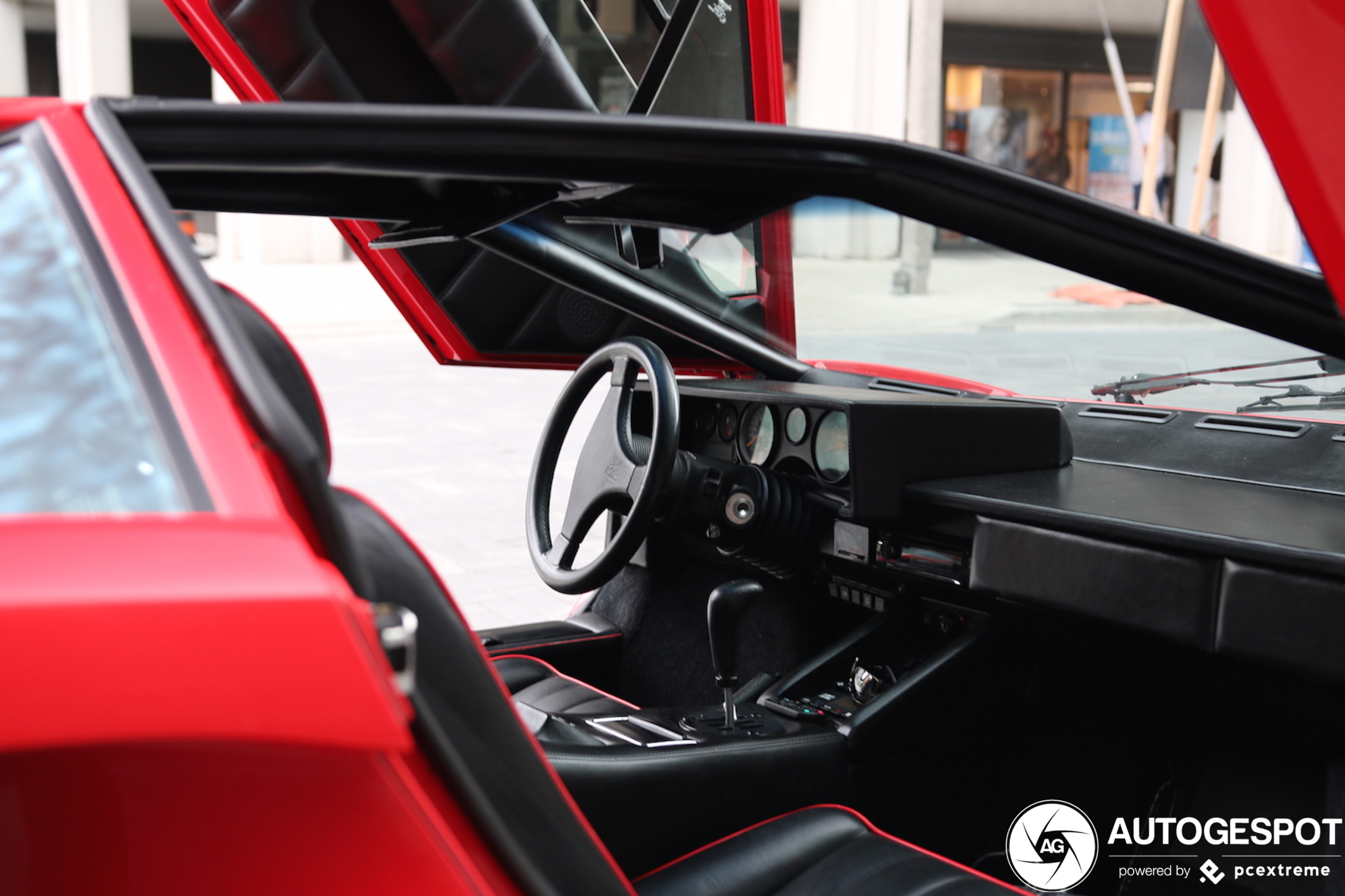