This is one of Kevin Prince Boateng's toys

Last Friday, Schalke 04 won the match with Borussia Mönchengladbach with 1-0. This meant that the players had a day off on Saturday. One of the most earning players of Schalke 04 was spotted in his supercar, a Mercedes-Benz SLS AMG.

The two brothers Boateng both have quite a big collection. Next to this Mercedes-Benz SLS AMG, Kevin also owns a Range Rover Lumma CLR R which is also spotted. In his spare time he loves to drive his SLS AMG. With an empty Autobahn he should be able to reach a top speed over 300 kph. 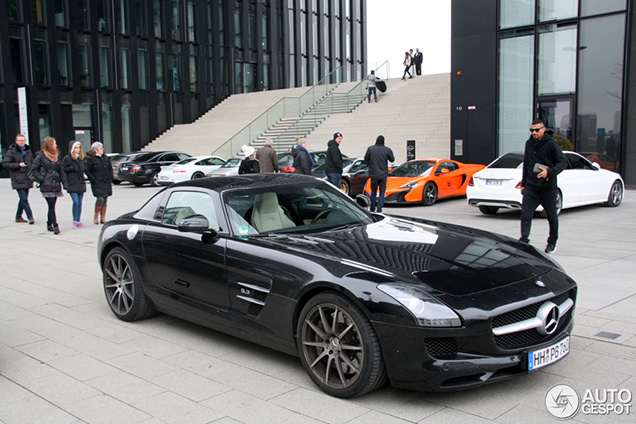