Another year has passed with thousands of spots. Of course we're already looking forward to the spots of next summer but not before we've announced the Spot of the Year 2015. There were some great candidates but eventually there was one spot that took the win. It's not the corrupt dictator of Equatorial Guinea in his Lamborghini Veneno Roadster but another Italian car in the capital of the United Kingdom!

We can celebrate Dirk Jesse with his victory! He won the 2015 Spot of the Year and he can keep this crown the entire year. With 41 percent of the 3.840 votes, Dirk Jesse took the win with his spot of the Maserati MC12. You win a VIP day with Michelin at an event this year! You will have some amazing seats during this day. At the second place we can find this beautiful LaFerrari.

Of course the race for Spot of the Year 2016 has already begun. People can already vote for the Spot of the Month of January. 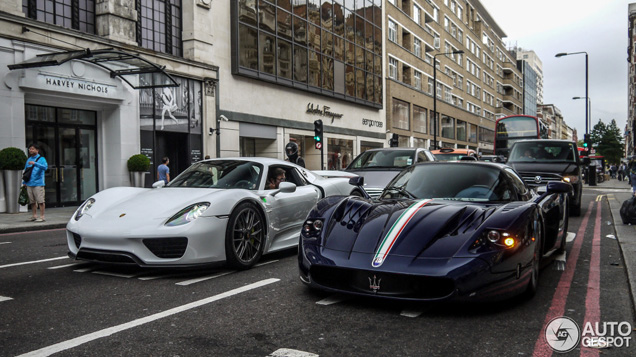