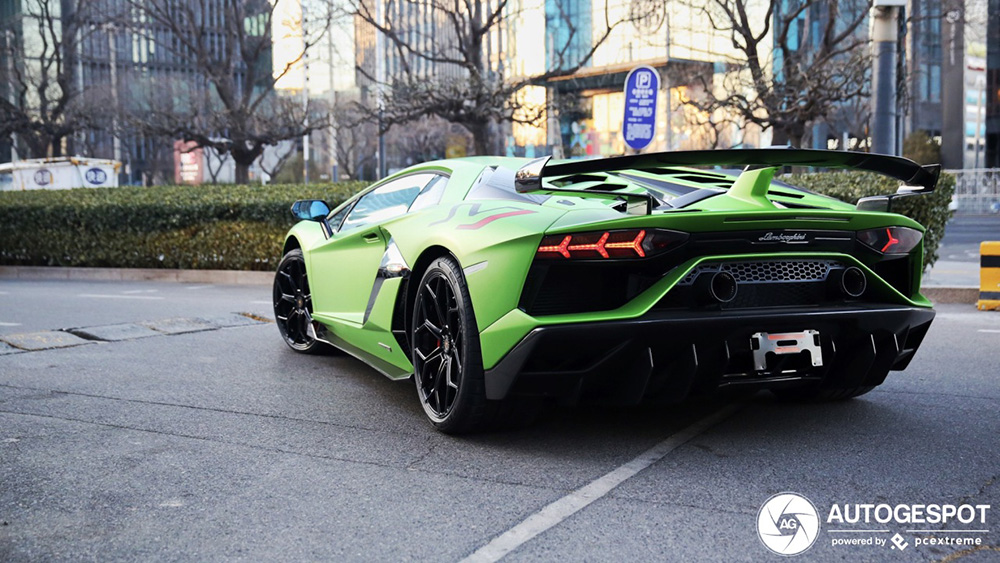 Spotter Xia's photography gives us a glimpse of the automotive treasures in Beijing China. This week Shangxing uploaded two supercars, the McLaren P1 and the featured Lamborghini Aventador SVJ. This is the first SVJ delivered in China, a growing market for Lamborghini. Lamborghini China sold 342 cars in 2018 and there is a potential for growth. Lamborghini's largest market, the United States, had an explosive year with 1,595 cars delivered.

In August Lamborghini unveiled the Lamborghini Aventador SVJ in a worldwide premiere during Monterey Car Week in California. The car creates pure driving perfection, taking the concept of a super sports car to a new dimension. The Aventador SVJ, where SV historically stands for Superveloce - meaning ‘superfast’ - takes the ‘Jota’ suffix, denoting its track and performance superiority: in fact, the Aventador SVJ has claimed its position as the Nürburgring-Nordschleife production car record holder, completing the 20.6 km lap in just 6:44.97 minutes. Production is limited to 900 units and already sold out.