One of the most exciting cars to spot today, is the Ford GT 2017. Only a handful copies of this car have been spotted and surprisingly this is only the third one spotted in the USA, and the first spotted outside of the GT's hometown, Detroit. Spotter Horse-Power had this amazing car on his bucket list and was able to spot his first in Scottsdale Arizona.

Ford GT’s dry weight just tops 3,000 pounds, which places the supercar between its two primary competitors, the McLaren 720S and Ferrari 488. Ford GT’s power-to-weight ratio is 4.72 pounds/horsepower. The active dynamics systems – for both suspension and aerodynamics – are designed to make the car perform with optimum downforce, drag and balance at any speed, creating a faster setup regardless of driver skill level. Ford GT, with no excuses to give, has proven itself time and again, racing to class wins at Le Mans and numerous other tracks in both IMSA and WEC last season. The production Ford GT shares a great deal with the high-performance track version, with advanced aero and suspension features added that take it to another level. 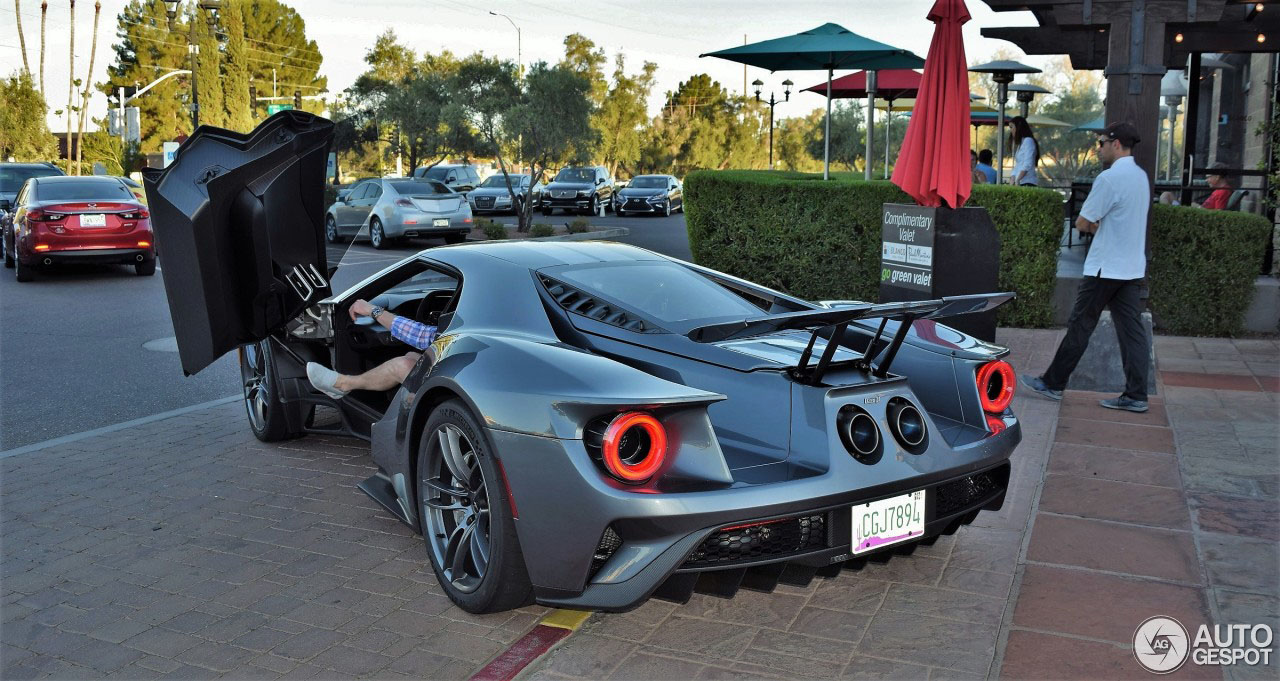