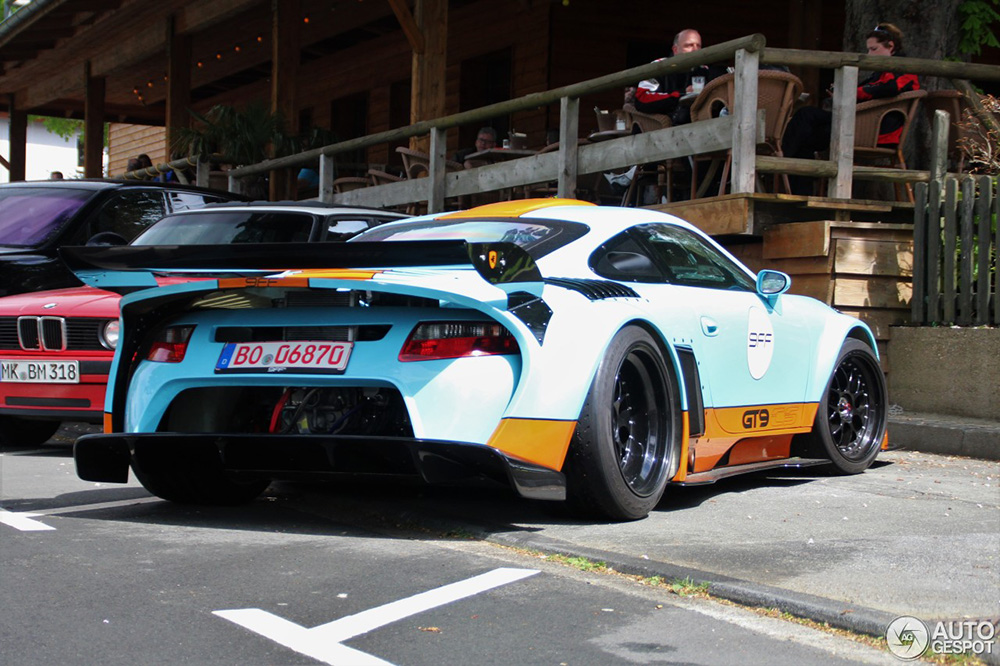 This is the second time that the 9ff GT9 CS has been spotted, but this time it is not sitting on a trailer. The 9ff GT9 CS is a bizarre, yet striking creation of Jan Fatthauer, the founder of 9ff. The car is based on the 997 GT3 and is heavily modified and reminds us somewhat of the Ruf CTR3.

The flat-six is still in the back of the car, but the output has been increased to 1,110 hp. The car was spotted in close proximity of the Nürburgring, accompanied by the Ford GT. Top speed of this car is 409 km/u/254 mp/h! According to 9ff they would produce up to 150 copies, the question is if they can find that many potential buyers and the required number of 997 GT3's.