Travel report: a summer in Texas

Last year I have visited the United States for the first time. The Lions Club gave me the opportunity to participate in the Lions Youth Exchange Program Texas. Texas was not my First choice but afterwards I was really happy that I had visited this particular state. The most people which hear the word ‘Texas’ think about cowboys, rednecks and bulls. However, Texas is a strong financial growing state with about 6,5 million inhabitants in the Dallas-Forth Worth metroplex. For all those people are a lot of various facilities available so you won’t get bored. Hit the ‘read more’ button if you want to read more about my experiences! 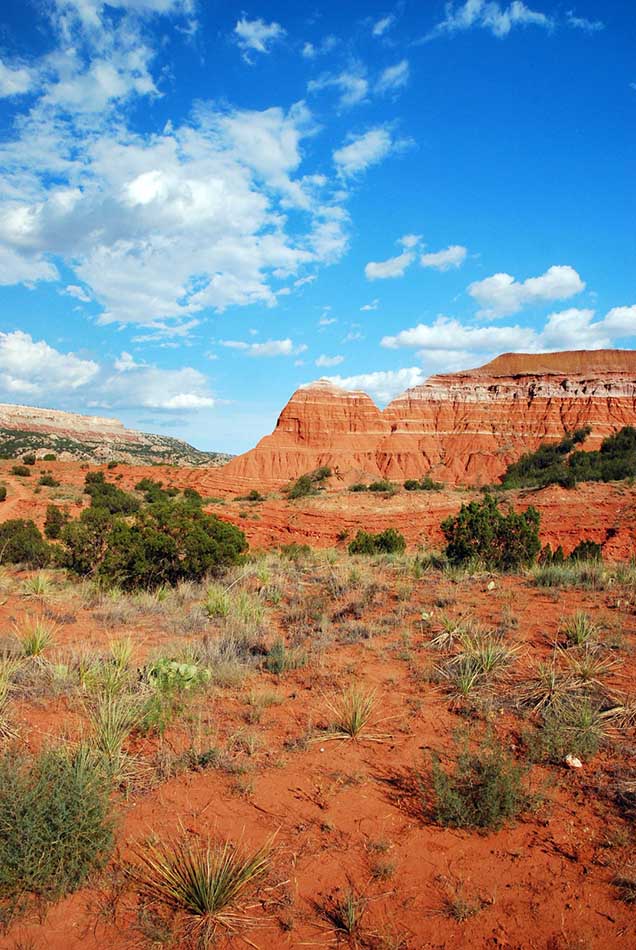 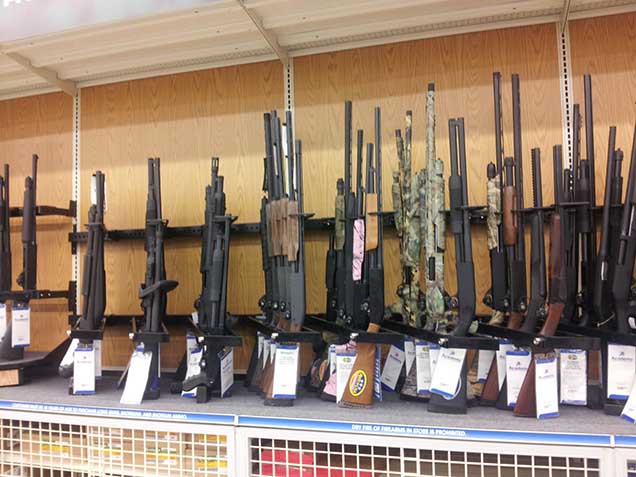 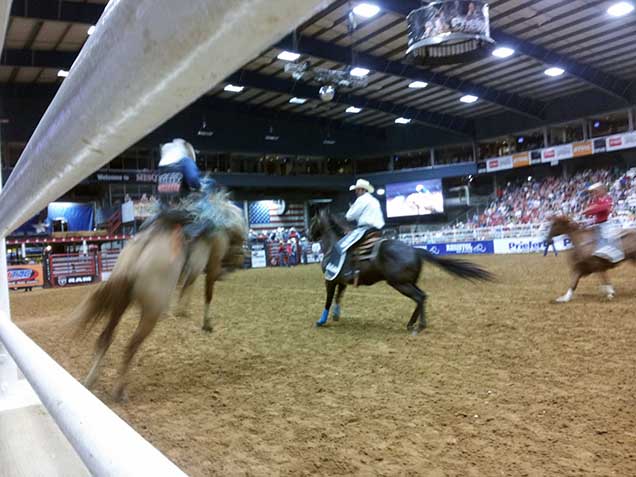 Last year I have visited the state of Texas. Since the visit was such a great experience, i decided to visit my host family again in the summer of 2013. My host family lives in the city Flower Mound, at a distance of about 45 minutes from Dallas. Flower Mound has gone through an enormous development for the last 25 years. That’s why almost all the houses are relatively new and the areas are really nice. 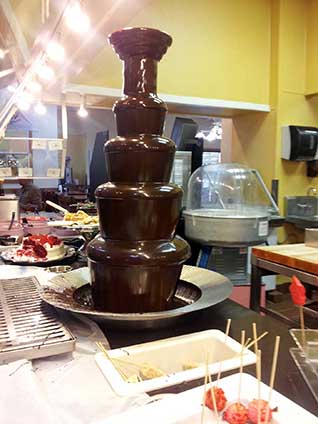 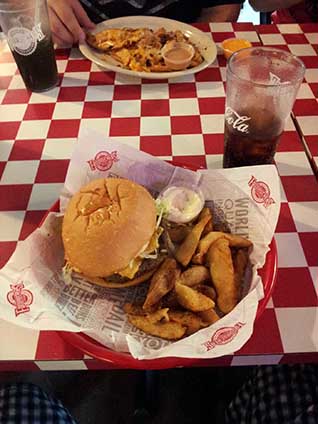 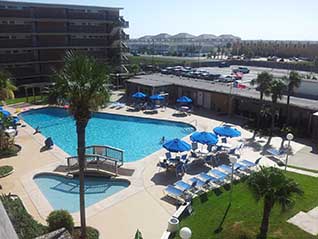 The week after I arrived, we left with a few families to the beach in Corpus Christi. Texas has beaches? Yes, indeed! Texas borders to the Gulf of Mexico and Corpus Christi is about a 2,5 hour drive from the Mexican border. We stayed in condos at the beach with +/- 25 people for a week. In Texas (and maybe in the USA) it is normal to take your truck to the beach and park it right next to your tent. After a week relaxing at the beach with a temperature of 40-45 Celsius we drove back to the Dallas area in convoy. This was the first time I really saw the countryside, where presumably rednecks live. It was pretty weird sight to see some trailers in the middle of nowhere with some kind of junkyard in their ‘garden’.

Dallas has a lot of automotive dealerships, which sell trucks and muscle cars mostly. The dealerships are often really huge with hundreds of cars in stock. For example, I have seen dozens of Ford Mustang GT’s at dealerships several times. Accidently I passed by a dealership which had many exotics in stock where I have also made a few pictures. 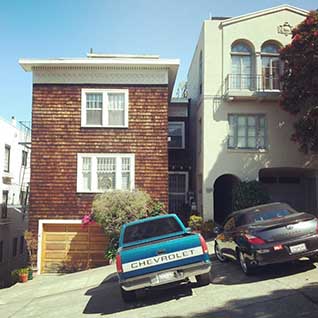 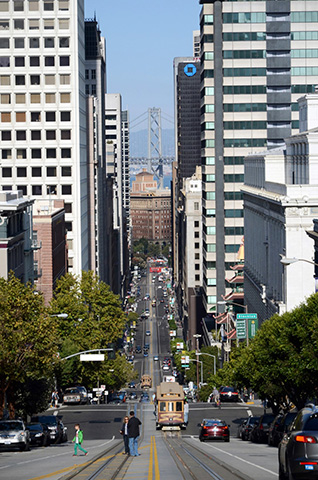 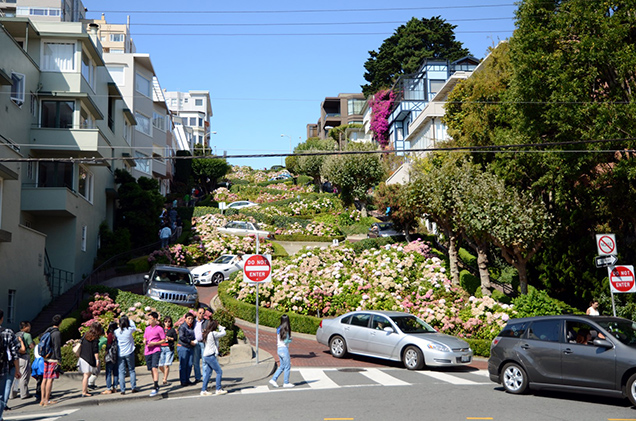 Since I had visited Texas already in 2012, I thought it would be cool to visit a second State this year. We decided to visit San Francisco in California. It was quite a big difference if you compare it to Texas. We stayed in a hotel right next to the cable car station so it was quite simple to use this manner of public transportation. The hills in San Francisco are really steep and can have an angle of even 31%! 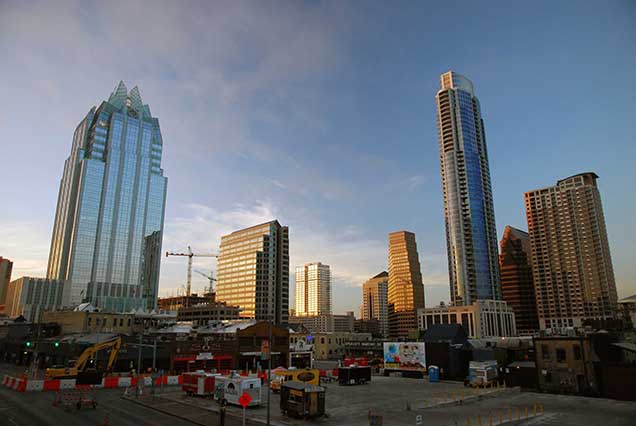 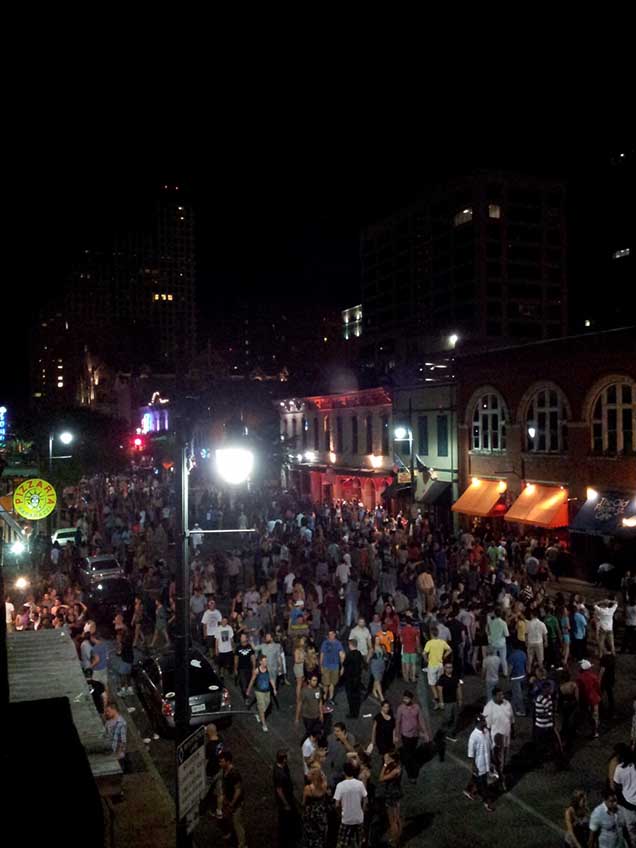 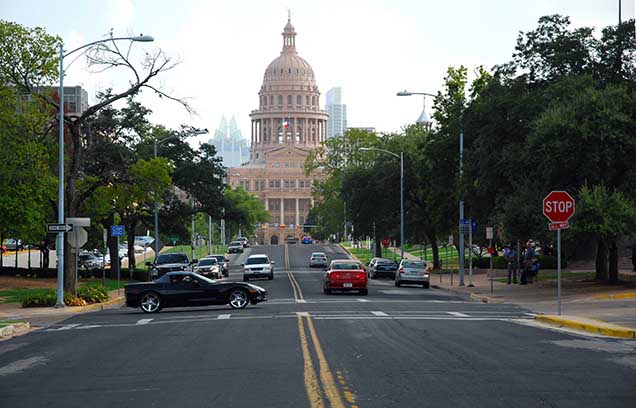 Another activity worth mentioning is the visit to Austin, where I went with a few others to visit a friend of my host family. Austin is a cool city and is as well the Music Capital of the World. Austin has a huge variety concerning clubs and music. We went twice to the gigantic clubbing street ‘Sixth Street’ and that’s what’s up! Parties in a lot of clubs and on rooftops, pretty awesome. The university of Austin has over 50.000 students and many of them are clubbing in the weekends. During the day we went floating on a river. A big floating adventure with lots of people and lots of beer for about five hours. 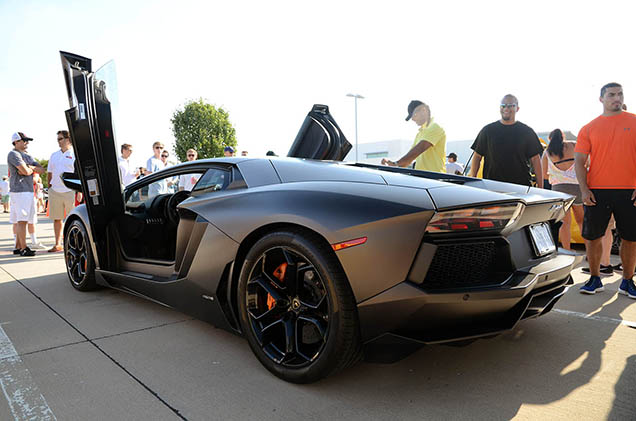 This year I had the opportunity to visit the Cars and Coffee show in Dallas once. Cars and Coffee is a costless car event with hundreds of car fanatics and is organized in many states monthly. Every month other cars attend the show (classics, exotics, concepts, hotrods motorcycles and motor-sport cars). The event takes place every first Saturday of the month from 08:00 to 12:00. However, the first cars are already lining up to 07.00 in connection with the high temperatures at later time. 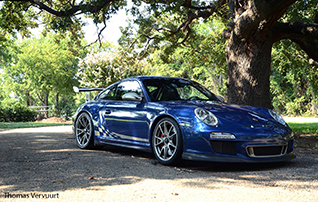 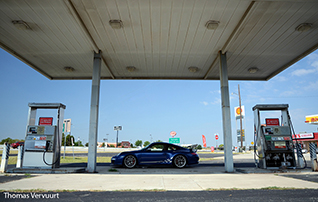 During my trip I tried to arrange a photoshoot through the DFW Autoforum. Luckily this succeeded and I had the opportunity to take some pictures of a Porsche 997 GT3 RS. It is a bit of a risk to own a sports car in this area. Due the large amount of cops it’s quite easy to get a fine for speeding. 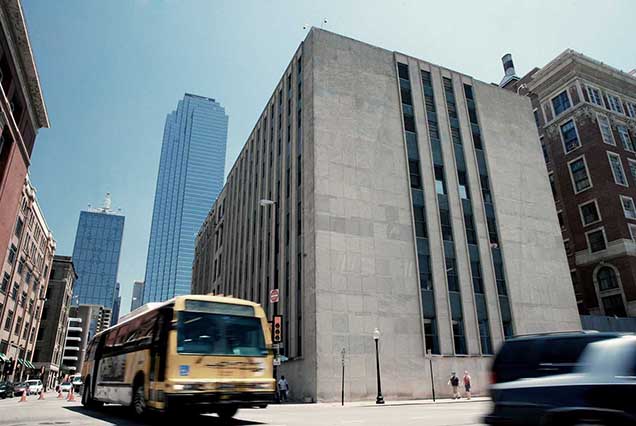 Among other things, Dallas is well known for the murder on John F. Kennedy. In the city centre of Dallas is the 6th Floor Museum located. The murderer of John F. Kennedy fire the bullets from this building. You can still see a white marked ‘X’ on the road where the car should have driven at the particular moment of the shooting.

The Texas Motor Speedway is a raceway located near Dallas. It’s an oval raceway with a length of 2,4 kilometers. Nowadays it’s used for, for example, NASCAR and Indy Racing League races. The track is banked with 24 degrees turns with the ability to seat over 190.000 people. Due the corners the cars have a corner entry speed of over 320 km/h!

If you ever have the opportunity to participate in some kind of exchange program or a foreign internship, you should definitely take the opportunity. Besides learning about other cultures and habits you will learn a lot about communication and languages. This is a good thing to put on your resume and can be useful in the future. Furthermore you will also have an incredible and unforgettable time with unique experiences in a foreign country.
I would like to thank all the people which gave me the opportunity to experience all these unique and incredible experiences!