Tuesday 9 September is the day of the introductions. Not only Apple introduced their latest toys, Mercedes also unveiled a new model. The Mercedes-AMG GT was unveiled and social media is immediately filled with the news about this car. The car is bright yellow, has a very fluent design and is a worthy successor of the Mercedes-Benz SLS AMG. Let's talk about the specifications of the car!

Under the hood we find a four liter V8 engine. That's not a coincidence, because the four-cylinder AMG engines have an engine capacity of two liter and two of these engines combined results in a four liter V8. The performance is great. The engine is powered by two turbos and this results in a power of 462 or 510 hp. The 510 hp version gets the addition S. This S isn't only more powerful, it has some more adjustments to make this a better car. The drive shaft, which transfers the power to the rear wheels is made out of carbon fiber. That's a trick we already know from the SLS AMG Black Series. This drive shaft weighs only half the weight of the original component. The normal version sprints to 100 kph in about four seconds and the S versions is 0,2 seconds faster. The top speed of the AMG GT is 310 kph while the S version is six kilometers faster.

The AMG GT S is equipped with Dynamic Plus. This means rubber engine mounts are damped which results in a more comfortable and better handling. The sounds is adjusted to the driving modus and the seven speed automatic gearbox with double clutch does the same. We still don't know whether the four liter V8 sounds just as good as the 6.2 liter V8 but the sound will definitely be great.

Optional are composite brakes. This will cost a lot of money but it will definitely improve the brakes of the car. It's a great option when you want to take your car to the track. The car has a variable electronic differential lock, which is better than the mechanical differential lock in the standard AMG GT.

What do you think of this car? Would you replace your SLS AMG for this new Mercedes-AMG GT? 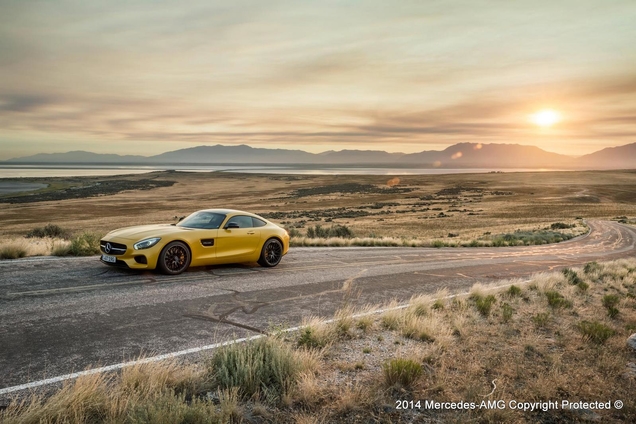 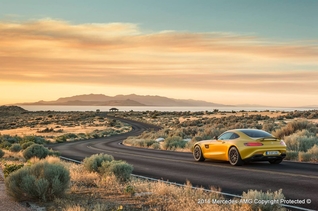