The car is already captured a few times in the past few weeks, still we didn’t know the official name of the car yet. Well, we now know what name the car will get, thanks to a couple of German journalists. The small successor of the Mercedes-Benz SLS AMG will get the name AMG GT. Next to that, we can expect to see the first photos of this car in September because the car will be introduced at the Paris Motor Show.

The order books will open at 6 October and the car will probably be quite popular. The AMG GT will be a big success for Mercedes-Benz. Rumors say that the car will be available in two versions. One of the versions will produce around 600 hp to compete with the McLaren, Lamborghini and Ferrari. This engine will make the car sprint to 100 kph in less than four seconds. Next to that, Mercedes-Benz is working on the perfect weight ratio with the engine placed just behind the front axle. 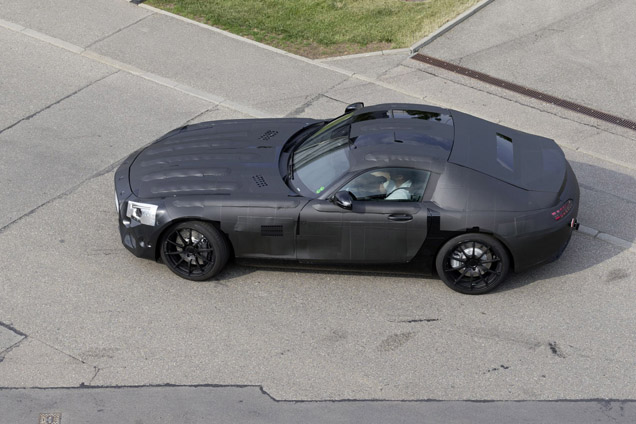