When you drive the fastests cars every day for your work, we understand that you want to drive something fast in you're spare time. The Nissan GT-R is a the perfect choice if we talk about versatility and speed. WTCC driver Dušan Borković drives this Japanese beast and he loves to show it.

The car isn't really anonymous. The Nissan GT-R has a red colour and is fitted with some stickers. His last name is shown on the window and the racy stickers complete the car. It's one of the most beautiful Nissan GT-Rs driving around and it shows that the GT-R is a true race car. Borković drives the 2011 version which means that the car produces 530 hp. He can sprint to 100 kph in 3.5 seconds.

During his work, Dušan drives a Honda Civic TC1 during the WTCC. During his career he achieved several successes including a third place at the Fia European Hill Climbing Championship in category 1with a Mitsubishi Lancer Evo 9. Last year, he ended second at the WTCC in Suzuka. He isn't the best driver in the world but he definitely knows what to do with a car! 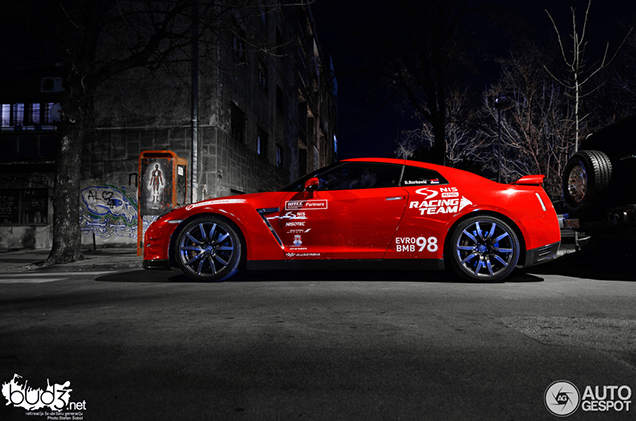