Cylinder deactivation and a manual sevenspeed gearbox. We actually can’t believe it when we’re driving the first few kilometers in a brand new Chevrolet Corvette Stingray. The time that Corvette had outdated technology is over. Even the Americans are improving their technology and this results in a more economic V8 in the front of the Corvette.

It’s a beautiful day when we get the chance to take place behind the steering Wheel of the Corvette Stingray. The name Stingray isn’t used for a while but returns with the C7. Back in the days this name was used with the C2 and C3. Time to revive this name. 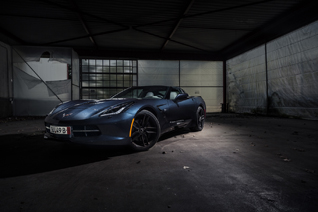 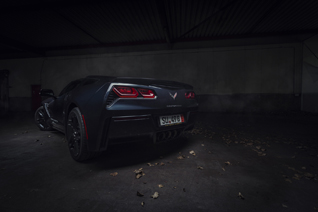 We already wrote about the new technology which is developed by Corvette’s engineers. The Stingray now has an emission of 279 grams CO2 per kilometer. But in the Netherlands this doesn’t really improve the price of the American brute. The Stingray will cost you 124.995 euros which is way more than the American price of this car. The Convertible costs you an extra 3.000 euros. We would prefer the Convertible because with the top down this model has the typical Corvette look. Brutal and a bit American. Let’s forget about the Dutch price of this car, a car like the Corvette is bought because you love it. You have to be a real Corvette fanatic to love this car. 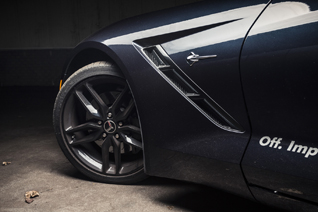 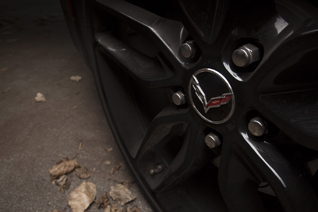 The Corvette Stingray is the most powerful standard model by Corvette ever. The 6.2 liter LT1 V8 engine is completely redeveloped and now produces 466 hp and 630 Nm of torque at 4.600 rpm. It’s also the first standard Corvette model ever to sprint from zero to 100 in just over 4 seconds. The top speed of this model is 292 kph according to Corvette. We think that it’s even a bit higher because this car sprints to 250 kph in no-time. Still the car and the sound make you believe that you’re driving way faster. That’s a great sign because the driving experience in the Corvette is amazing thanks to the low seats and definitely the sound. The four enormous exhausts produce a lovely roar. 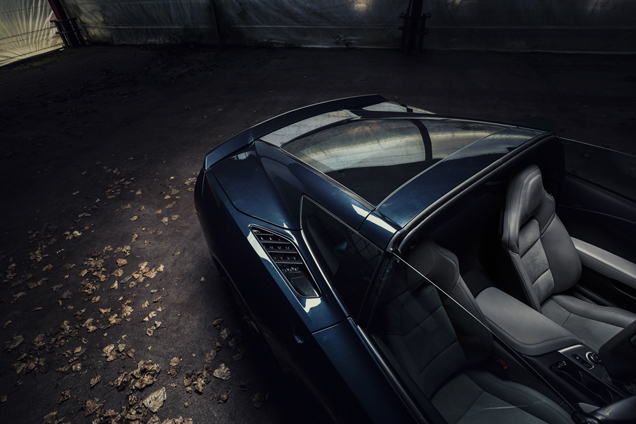 Actually the entire car is renewed. The interior is refreshed and the luxurious instrumentation and the multimedia system is no less than the competitor’s systems. The eight inch LCD screen in the center is flanked by three analog gauges for speed, fuel and temperature. The car can be set in Sport, Tour and track mode via the Driver Mode Selector button. The ‘Tour’ mode emphasizes the multimedia and infotainment. The ‘Sport’ theme emphasizes the sporty performance of the car with a shifting indicator and a big tachometer. In ‘Track’ mode the instrumentation has a racy layout with a linear tachometer, shifting lights which are inspired by Corvette Racing and permanent displays for your lap times. Each of these three themes can be configured just the way you like. Next to that, the seats give you great support but they’re still comfortable on the American way. This means a low seat and bigger chair than we’re used to in Europe. 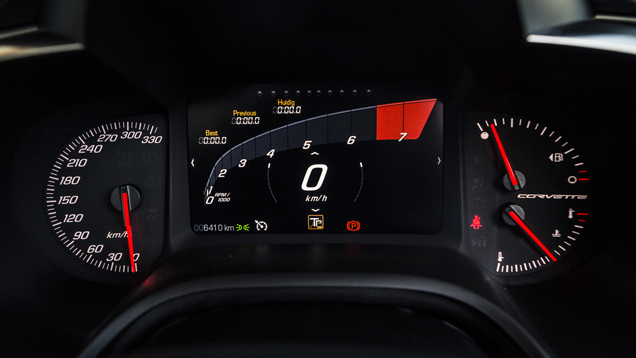 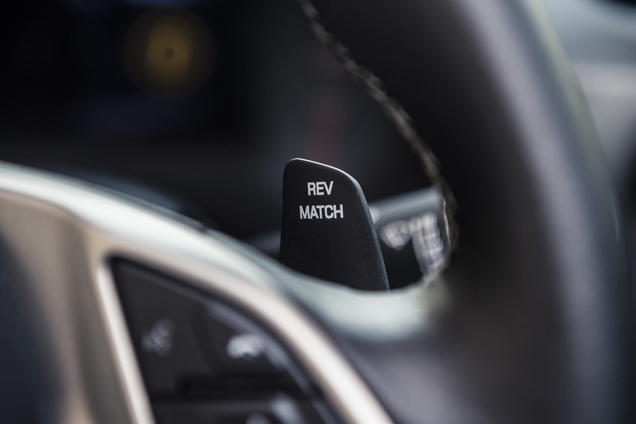 Not only the technology of the engine and gearbox are renewed. Corvette also renewed the chassis, which lead to a completely new aluminum frame which is 57 percent more stiff and weights 45 kilograms less than its predecessor. Thanks to this more stiff frame, the Corvette has a better handling in corners. When you’re tires are at the perfect temperature you can have a lot of fun in the Stingray. A great addition which is standard in Europe, is the Magnetic Ride Control. With the Drive Selector you can set the damping of the car. Is the Stingray a fun car to drive? Yes, definitely! Fun is guaranteed when driving the Stingray! The car is standard with a lot of options where Europeans can only dream of. This car standard has a differential lock and you can save your data of your laps on the track with the Performance Data Recorder. We would definitely buy the Corvette Stingray if we had the chance! 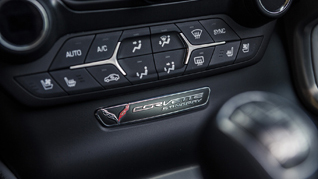 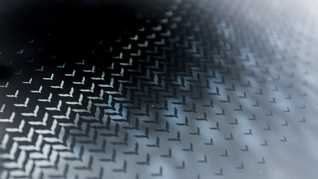