BMW, Range Rover and Audi didn’t have it for a long time: a brutal SUV with a powerful engine under the bonnet. Mercedes-Benz however already hit bullseye with this concept in the shape of the G-class. At first there was the supercharged G 55 AMG, later the G 63 AMG followed. The G-class proved that there is a lot of demand for these cars, especially from the Middle-East. So, let’s see for ourselves what the G 63 is all about!

It’s a beautiful Friday morning when we pick up the Mercedes-AMG G 63 at Mercedes-Benz of the Netherlands in Utrecht. The car is all set up to be trashed on the dirt, it’s a G-class after all, it doesn’t really come alive on the tarmac. We will get to that in just a second. 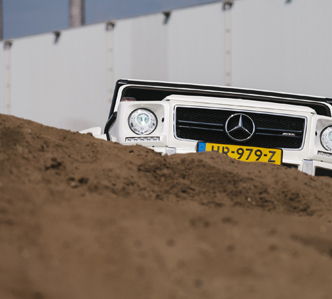 Unfortunately, the Netherlands doesn’t really have that much accessible off-road terrain. Luckily we found a stunning location in the North of the province ‘Noord-Holland’ where we could plow the terrain without disturbing anyone. The first meters on the dirt are a bit scary, partly due to the fact that the G 63 we brought along didn’t have specific off-road tires. This meant that we had a problem when we would get stuck in the mud. However, soon enough the 4Matic-system of the G-class proved that it could distribute the power perfectly, so that you can always keep on going. But, if you mash the throttle and use all the 571 horses and 760 nm’s of torque, chances are you will dig yourself in before you even realize it.

The first meters have successfully been accomplished, we know how the G 63 behaves off-road, so it’s time to tackle some small dunes. The loose sand sometimes creates the illusion that you are sinking in it, and when you are on a slope at an angle you sometimes have the feeling the G is going to topple over. Yes, we did have sweaty palms at times, but the G-class stood firm and really proved itself. Unfortunately we could only have the car for several hours, so we couldn’t record a video of the beautifully sounding 5,5-litre V8.

Where the G-class really shines off-road, it all gets a bit wobbly on the tarmac. Especially on the highway the feedback you get from the steering is virtually non-existent en the response is vague. Also, there appears to be quite a large dead zone in the center, which doesn’t give you the confidence you need when diving into a corner. Straight ahead is no problem for the G63: the 210 km/h is reached in no-time. It’s not necessary to go any faster in this 2,5 tonne building on wheels, but if you want to, you can order the AMG Drivers Package. The brakes are phenomenal, they manage to bring the heavy G to a halt in an adequate way. 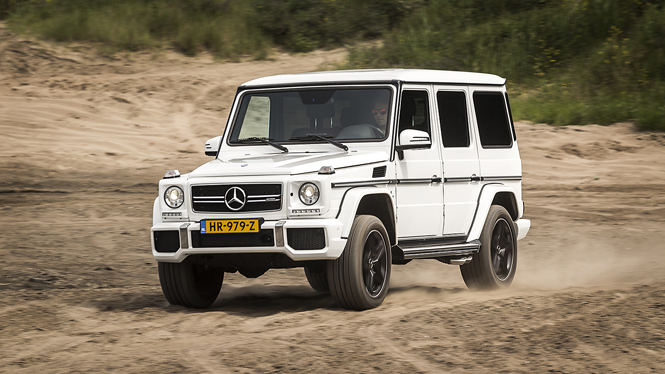 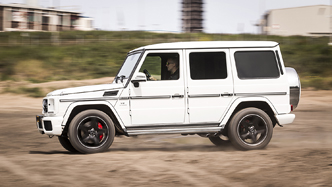 In terms of looks the G-class is unmatched: it’s angular, it has big wheel arches, an AMG-grille, AMG-specific wheels and of course the sidepipes which create the magical sound. When you realize the design goes back to 1979 and that it’s still recognizable in the G-class of today, you can’t help but think it’s extremely cool. Mercedes-Benz of course applied various modifications over the years, but the base is still the same. The interior is totally unrecognizable however. The original G-class was a utilitarian car, whereas the G 63 has all the luxuries and amenities of today. The seats are very comfortable, the AMG Performance steering wheel lies perfectly in your hands and you have the COMAND-system to connect your phone and listen to your Spotify-library. The rear seats aren’t that spacious though, the leg-room is sub par. 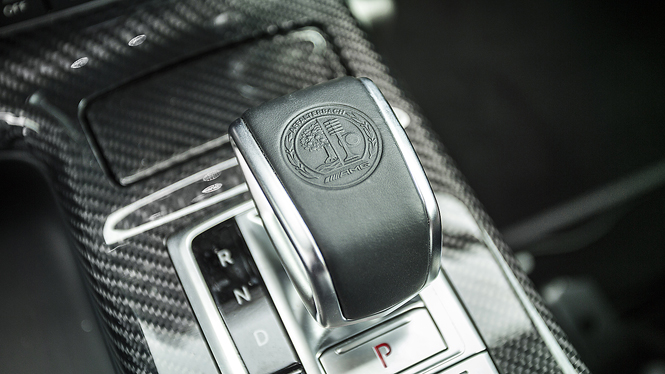 Of course, the G-class has it’s price, which is very high. In the Netherlands the G-class is going to cost you a hefty 231.000 euro’s, which is a lot of money considering the other cars you can buy in that price range. It doesn’t even stop at the 231.000, because you can still spec many options which drive the price up north of the 250.000-mark. If you really need to get rid of your capital, you can also buy the G 65 AMG for a crazy amount of 399.000 euro’s. It must be good to live in the Middle-East...