It's a shame that Gumpert went bankrupt but everybody was expecting this to happen. The bizarre and extreme creations are reserved for just a very small group of people. The standard version of the Apollo is already extreme but the Apollo S is a real widow maker.

Did the Apollo need a S version? No, we don't think so. But still, it can always be better. 700 hp and 900 Nm of torque in a car that weighs less than 1200 kilograms is just crazy and that shown with the number of accidents with the Gumpert Apollo. When you floor the pedal a bit too much you will easily lose control of the car. Maybe you want to reach the to speed of 362 kph but this is always quite dangerous. The Gumpert Apollo S has so much potential that a lot of people won't dare to drive this car. That's why the sales of the car weren't that good but we're lucky that this matte grey copy found its way to a happy owner! 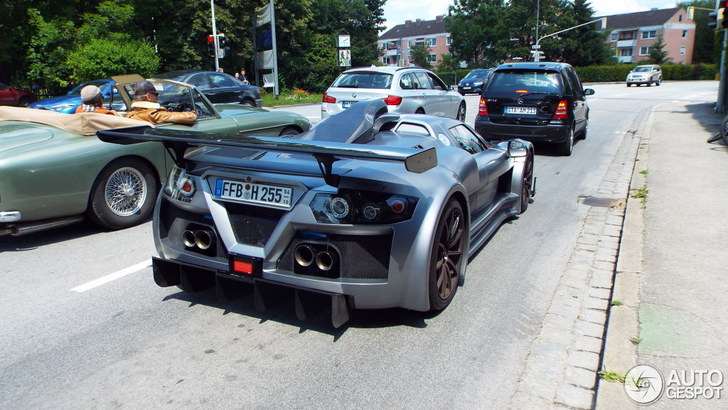