Honda NSX is still being tested

The Honda NSX was introduced a while ago as a concept. Still, Honda keeps on working on the car because the introduction was postponed last month. Instead of starting the production at the end of this year, it's delayed until next year. A small downer for Honda's new supercar.

They seem to struggle with some problems of the car. It's childish to refer to the problems in Formula 1 so we won't do this. The car is still being tested on the Nürburgring where it was spotted last week. The car is powered by a V6 with two turbos and three electric engines. The total power would be around 550 hp which would mean that this will be a really powerful car for Honda. Let's hope that the production will really start in 2016, we can't wait for this car! 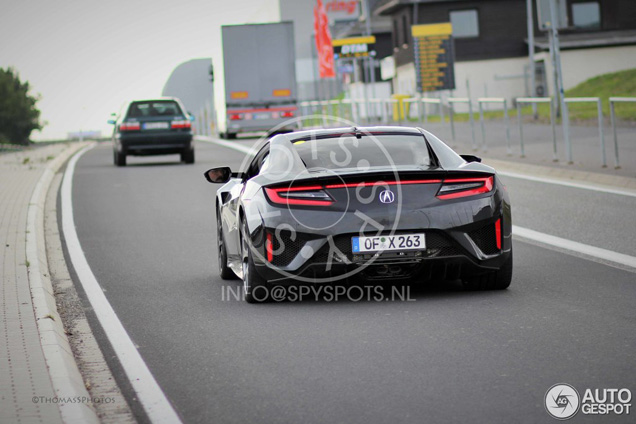