For those who think racing in a stripped street legal car is too mainstream, there are enough crazy alternatives. Gumpert and Mosler both came up with something quite crazy and this time these cars are spotted together. The Gumpert Apollo and Mosler MT900 are two very powerful cars and they're spotted together in Unna, Germany.

The Gumpert Apollo is spotted near the Nürburgring every now and then although it's a different copy than this one. The Mosler MT900 is something we see less often. It's quite a specific car and the Mosler doesn't have the same fame as the Gumpert. Still, both cars are quite similar. The Gumpert Apollo sprints to 100 kph in three seconds and reaches a top speed of 360 kph. That isn't that strange when you think of the 650 hp V8 and weight of only 1100 kilograms. The Mosler is also powered by a big V8 but this V8 doesn't produce 900 hp as you might think when you look at the name of this car. The number 900 stands for the empty weight of the car. The V8 produces 350 hp but with the low weight it's still a great performance. With only 900 kilograms, a big wing on the back and very wide tires, this car has a great handling. Which monster do you prefer? 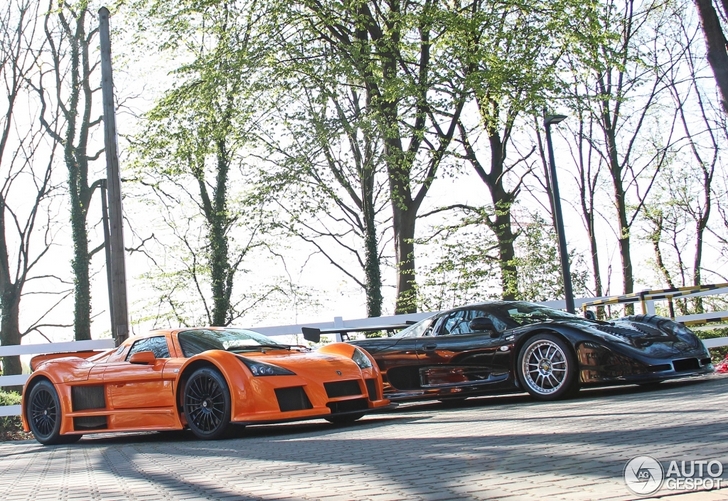