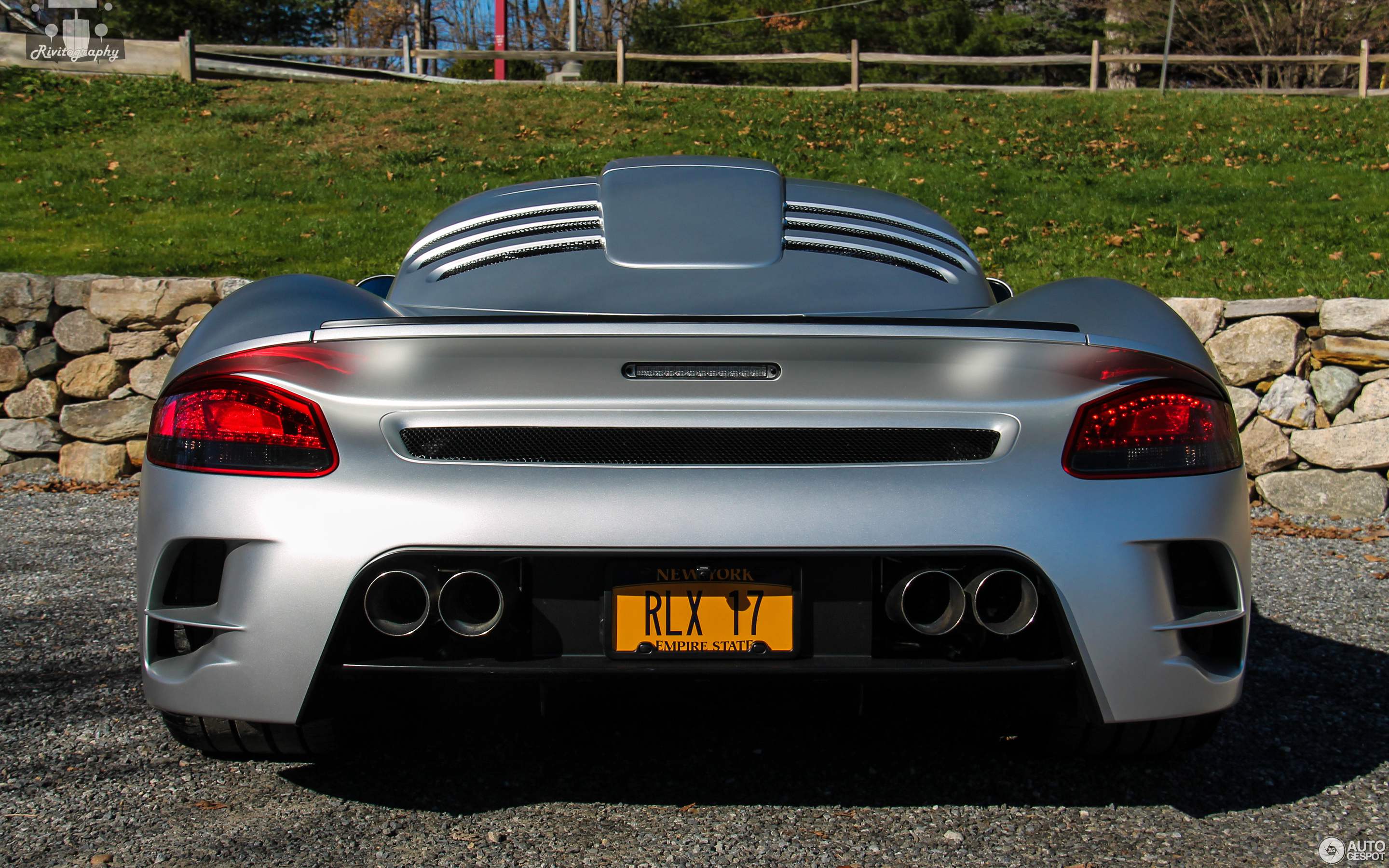 After two years, I managed to find Ralph Lauren's RUF CTR-3 again this time in North Salem, New York. We were on our way to Hayfields Market because I heard there was going to be an unrelated, small car meet there (which turned out to be false as I was apparently given the wrong time for the event) and on the way there, I spotted this in the parking lot for a home goods store that was below the ground level of the road. I completely flipped out, so we turned around, and I went out to take pictures. I saw Ralph Lauren's wife in the front seat (who covered her face with a newspaper so I couldn't take any pictures of her), but no Ralph Lauren. I looked around and I saw him taking a piss in the woods (I don't even know). When he came out the woods after he finished his business, I asked him "Are you Ralph Lauren?" he replied "yes". I asked him how often he took his cars out and he replied "on the weekends...". He, sadly, did not allow me to take any pictures of him entering the car. He then drove off in the other direction down Route 121. We then tried to see if we could track down the car so I could get more photos of it, but was unsuccessful because I saw a Ferrari California T filling up at a gas station on Route 35, and pulled over for that. The RUF CTR-3 is an $810,000.00 car that is based off of the Porsche Cayman and this is the only one currently in the United States of America. This is probably my best street spot of 2015 so far. The last three pictures are from when I found the car for the first time in November 2013 driving in New Canaan, Connecticut as I was taking pictures of a Verde Zeltweg Ferrari FF parked alongside Park Street.