In the first instance BMW offered the limited M3 GTS in the flashy colour Fire Orange. At the moment the Germans introduced the colour on several limited models like the spotted Lime Rock Park Edition and the M3 Tiger Edition. This last one is a new, special version specially made for China in a limited number.

According to the fanatic group spotters Tjan, this is one of the three copies supplied in Kunming. It is one car in a long list of models exclusively made for China, to raise the exclusivity of a model. The need for sportcars in China is so big that a lot of people like to pay more to own a limited and more exclusive model. What’s unique about the M3 Tiger Edition, is that it doesn’t have a carbon fiber roof, but a panorama roof made out of glass. Further, almost every single part in the exterior is finished in black. In the interior we can find special finishes, like orange stitching and a sewed tiger in both head rests. Under the bonnet everything remained the same. 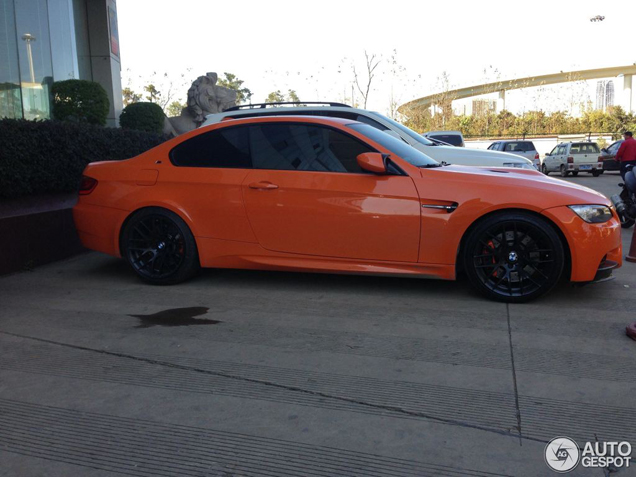